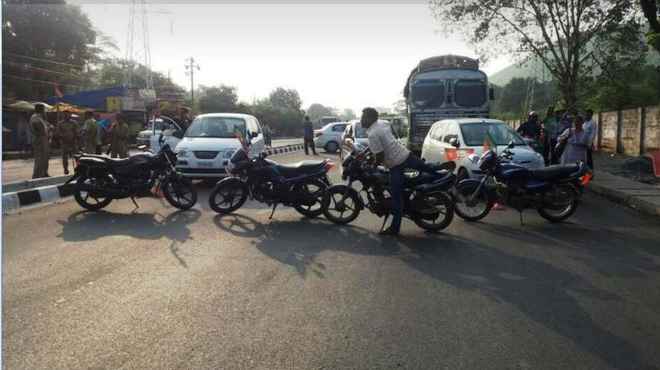 Sundargarh: Protesting the hurling of eggs at Union Tribal Affairs Minister Jual Oram’s vehicle, the district BJP today observed a 7-hour bandh from 6 am to 1 pm in Odisha’s Sundargarh district.

However, health and banking services were excluded from the ambit of the bandh.

The district unit of the saffron party is demanding arrest of the persons involved in the egg hurling incident under the SC/ST (Prevention of Atrocities) Act.

Notably, several BJD workers had allegedly hurled eggs at Oram’s vehicle at Aul Bazaar in Kendrapara district on June 14 when the minister was on his way to Rajkanika in the district to attend ‘Sabka Saath Sabka Vikas’ programme.

Print media will no longer reign supreme: US media educator