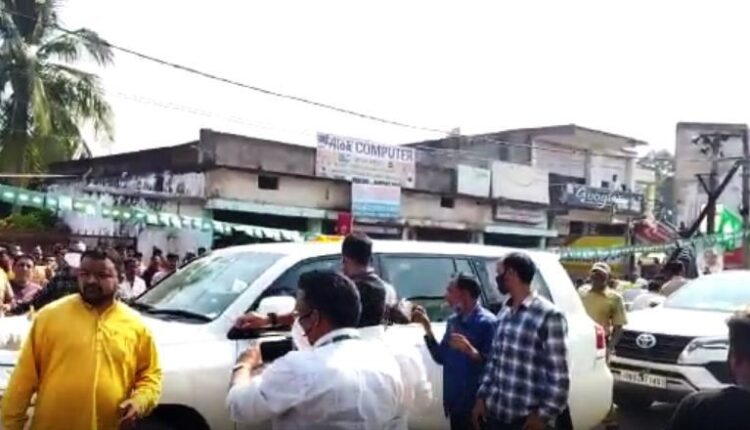 According to reports, the saffron party workers opposed Mishra’s visit to the district and hurled eggs at the vehicle besides showing him black flags near the College Chhak as the minister was heading towards Junagarh for attending a programme organised by the Biju Janata Dal (BJD).

Party’s organisational secretary Pranab Prakash Das was present with Mishra inside the car.

Subsequently, a scuffle broke out between the workers of the BJD and the BJP at the spot.

The murder of 24-year-old Mamita Meher of Jharni village under Turekela block of Balangir district had sent shockwaves across the state. While Mamita was working as a teacher at the Sunshine English Medium School at Mahaling in Kalahandi district, Sahu was the managing committee president of the educational institution.

Northeastern states experience higher burden of cancers in both men and women: ICMR