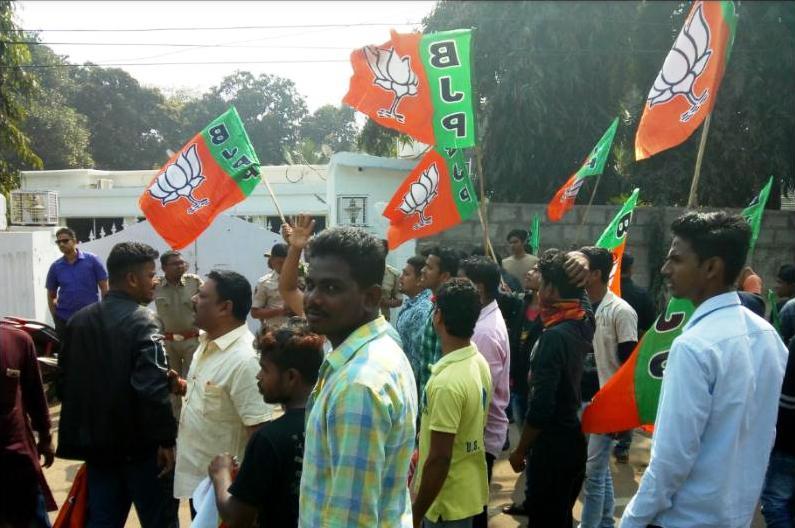 Bhubaneswar: Amid uproar over BJP workers barging into the official residence of V Karthikeyan Pandian, the private secretary to Odisha Chief Minister Naveen Patnaik, some party workers today allegedly kidnapped a police sub-inspector (SI) and released him after a while.

As per an FIR lodged by SI Markanda Mishra at the Capital police station, he was abducted by some workers of the saffron party and later released near Master Canteen here.

They took the police official with them forcibly in a Tavera SUV, covered some parts of the city in the car and dropped him near the party office here. They fled the spot soon after releasing Mishra.

Investigation into the matter is underway. Involvement of some criminals in the act is also suspected, police sources said.

CCTV footages of various junctions of the city are being examined to ascertain the registration number of the vehicle, sources added.