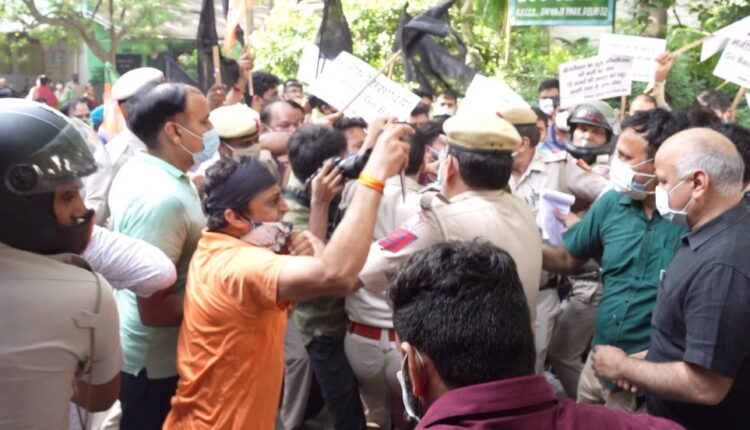 New Delhi: A group of people created ruckus in Rohtas Nagar and vandalised a government vehicle, claimed Delhi deputy chief minister Manish Sisodia, who was on an inspection visit to the area where a new school building is being constructed.

The Delhi government is constructing new buildings of a school in Rohtas Nagar, Babarpur, Karawal Nagar, Rohtas Nagar and Gokalpur.

Delhi health minister Satyendar Jain, who was accompanying Sisodia during the inspection visit, also blamed the BJP for creating violence and opposing construction of a new building of school. “No matter how hard the BJP tries to stop us, we are not going to stop. Even if BJP makes thousands of such attacks, it cannot scare us. We have vowed to serve the people of Delhi and no one can stop us from doing this,” Jain tweeted.

Odisha Matric Offline Exam-2021 to be held in July: BSE