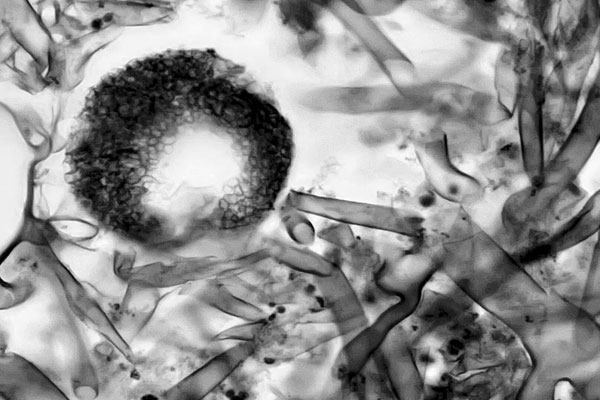 Bhubaneswar: At the time when India was striving to save the lifeboats of people infected with COVID-19, mucormycosis aka black fungus emerged as an unappreciated challenge for doctors (on COVID duties) and shot the fatality rates high.

Circumstances turned so concerning that in May 2021, several states including Odisha declared black fungus as a notifiable disease under the Epidemic Diseases Act. Then followed white fungus and yellow fungus.

However, with the fear, came curiosity. People started digging more about black fungus and that opened windows for misinformation on several social media platforms. To clear the smudge, here’s a compilation of answers to most common myths about black fungus, its causes and transmission:

Is black fungus black in colour?

According to Malcolm Richardson, Consultant Clinical Scientist in Medical Mycology at University of Manchester, the term ‘black fungus’ is totally inappropriate. He was recently quoted by Medical News Today saying that the agents of mucormycosis are rather transparent. The term is rather fitting for fungi dematiaceous that contain melanin in their cell walls.

The fungi causing mucormycosis generally block blood flow in an infected host’s body. The blockage eventually leads to death of the tissue thus giving a black colouration to the skin covering the infected part.

Does mucormycosis transmit from person to person?

It doesn’t. Mucormycosis is more of an environmental infection that transmits through airborne spores from the fungi itself. However, if a person having this infection is already COVID-19 infected, isolation is a must.

The ‘unholy trinity’ of COVID-19, diabetes and steroid treatment make it lethal by weakening the natural immune system of the infected person.

Can face-masks protect from mucormycosis infection?

By far, there is no such evidence that could count in favour. However, putting on face-mask is imperative considering we are still in the midst of COVID-19 pandemic.

Should we blame onions?

A theory has it that the black coating seen on refrigerated onions could be a potential source of mucormycosis. However, Prof. Richardson’s study rejects the theory highlighting the black coating or mold found on onion or garlic are commonly Aspergillus fungi. Mucormycosis causing fungi are normally found on the stale bread, decayed fruits and vegetables, compost, soil and animal excreta.

What are the possible routes of transmission?

By far, studies have not pointed at oxygen tanks or humidifiers as potentials for transmission. In fact, earlier studies suggested poorly managed laundries from hospitals as sources of transmission. Other possible sources could be mismanaged ventilation systems, wooden tongue depressors and adhesive bandages. Also, the infection could penetrate into skin through, cuts, wounds and burns or insect stings and bites.