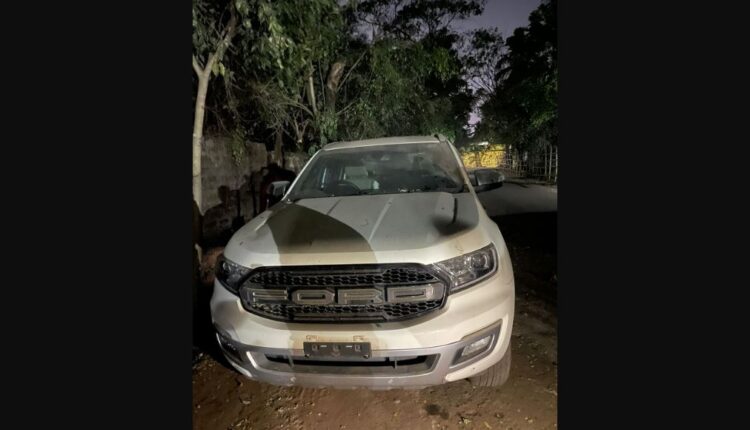 Bhubaneswar: The ‘Ford Endeavour’ car of blackmailer Archana Nag, which was being searched by the Enforcement Directorate (ED), was found in Mancheswar area of Odisha capital, last night.

According to reports, the luxurious vehicle was abandoned in Mancheswar industrial estate area. The car has been seized by the agency and taken to its office here.

Locals initially spotted the vehicle and informed the police about it.

The front and rear registration number plates of the car were missing. The ED officials made confirmation regarding the ownership of the car with the chassis number of the four-wheeler.

The car was allegedly gifted to her by an influential person. The ED may summon the person for questioning in this connection.

Worth mentioning, Archana was arrested for allegedly threatening and demanding money from politicians, businessmen and influential persons by blackmailing them with videos of intimate moments between her and them.

During investigation, police traced movable and immovable properties worth crores of rupees possessed by the woman, which were disproportionate to her known sources of income. The ED has been probing into the case to ascertain the source of money.