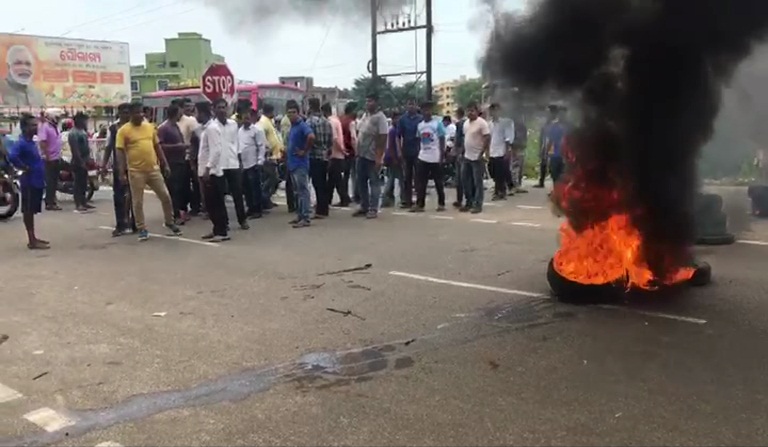 Bhubaneswar: A clash between two groups turned violent with blank firing and protest at Lingipur Square on outskirts of Bhubaneswar here today.

The Dhauli police reached the spot to control the situation and probe into the incident.

The vehicular movements were hit after members of one group staged road blockade demanding arrest of accused by burning tyres at Lingipur Square.

According to reports, one of the group members opened blank firing on another group members during the clash over some issue worsening the situation at the locality.