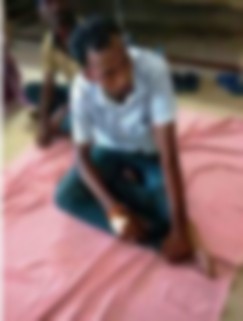 Kendrapara: In yet another incident of Blue Whale game, a youth cut his hand while taking up a task in dangerous online suicide challenge here.

The victim was identified as Anam Mallick (39) of Mangalpur village under Nikirei police limits in Kendrapara district.

Anam was admitted to hospital under critical condition.

According to reports, Anam cut his right hand with a sharp weapon as part of meeting the online challenge. His family rescued him before any untoward incident to take place on Saturday night.

It is yet to be unclear how many tasks and instructions he had followed in the Blue Whale game.

The condition of the victim is said to be stable. Police launched a probe into the incident.