BMC, BDA, BSCL staff to commute to office on bicycle or by walking on Fridays 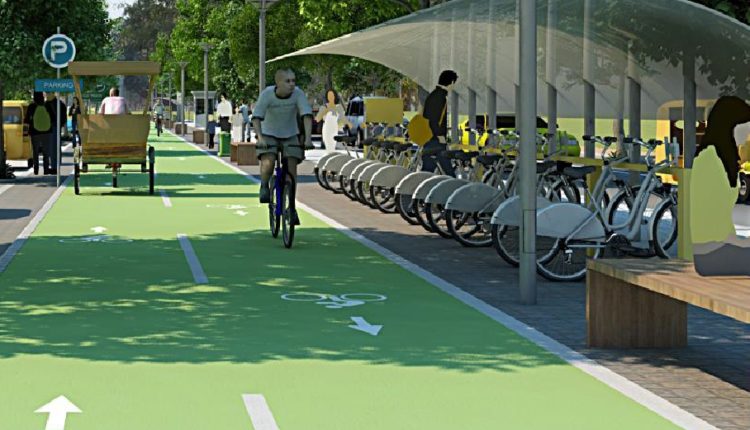 Bhubaneswar: Good news for citizens of Temple City Bhubaneswar and cycling enthusiasts! Taking its step on green and clean initiatives a bit further, the city administration comprising Bhubaneswar Smart City Limited (BSCL), Bhubaneswar Development Authority (BDA) and Bhubaneswar Municipal Corporation (BMC) have decided to ask every employee including the outsourced staff, to come to office once in a week, i.e. on Friday on bicycle or by walking in order to promote better city environment, healthy lifestyle and sustainable urban habitat.

The three city-based organizations have already issued office orders to their employees regarding coming to office from next Friday (December 13) either on bicycle or by walking so that there would be no use of motorized vehicle for the to and fro office journey.

While the use of bicycle and walking is coming under the non-motorised transport (NMT) initiative of the city administration, the city had already taken steps like organizing Patha Utsav (street festival) on Janpath between Master Canteen and Ram Mandir Square every Sunday morning in the past to promote NMT and ensuring healthy and better lifestyle among citizens.

Chief Executive Officer of Bhubaneswar Smart City Limited Prem Chandra Chaudhary, who also holds the responsibilities of Vice-Chairman BDA and Commissioner BMC, said “the initiative is a step towards creating sustainable Smart Cities and contributing something for better city environment and indirectly putting some micro efforts towards better world environment and lessening the burden arising due to global warming and climate change.”

Interestingly, as per the figures available from the Regional Transport Office (RTO), while the city’s population as per the 2011 Census is around 10 lakh, there are more than 14 lakh vehicles in the city. The vehicles outnumbering the human population has become a major concern and already the State Government has initiated work on developing a low-carbon mobility plan (LCMP) for the State Capital. The Housing and Urban Development Department and BDA in co-operation with German development agency Deutsche Gesellschaftfür Internationale Zusammenarbeit (GIZ) are jointly working on the LCMP project for the city.

Secretary Bhubaneswar Cycling and Adventure Club Ajay Nanda said “Cycling culture can be developed with a 360-degree approach. I am very happy about BSCL, BDA and BMC for asking their employees to come to office on cycle every Friday. Learning from this other Government organisations and corporate houses could also come forward and replicate the idea for a better and sustainable city.”

36 railway projects in Odisha in different stages of execution: Goyal

May vaccinate those infected with Covid or having its antibodies: Govt