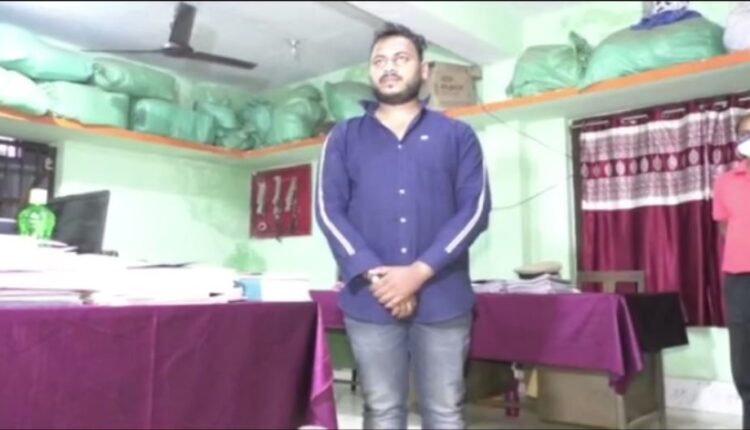 Sarankul: A youth from Sarankul area of Nayagarh district allegedly duped job aspirants of Rs 5 lakh on the pretext of providing jobs at the Bhubaneswar Municipal Corporation (BMC). On basis of a complaint filed by one of the accused, the police arrested the youth, Abhijit Pradhan for questioning today.

A female college pass-out from Sarankul area in Nayagarh was approached by one of her male batch mates, Abhijit offering her a job for the post of Field Inspector at the Bhubaneswar Municipal Corporation in return of some money.

Abhijit convinced the girl to provide him money after telling her that he himself is working with the municipal corporation. He told her the selection will be done through interview. Later he told the female job aspirant the interview was cancelled due to Covid-19.

A few days passed and the female job aspirant got a confirmation letter and then a joining letter mentioning Bhubaneswar Municipal Corporation on its top through postal. But when the joining date approached, Abhijit told her the Orissa High Court stayed the process.

“Though I never spoke to the BMC office, I enquired about the matter. Following this, I came to know I have been cheated. I, my brother and two others have been duped by Abhijit,” said the female job aspirant.

“Abhijit has confessed to the crime and investigation into the case is on. He used to trap the unemployed youths with his communication skills and duped them money on the pretext of providing jobs,” the police officer added.