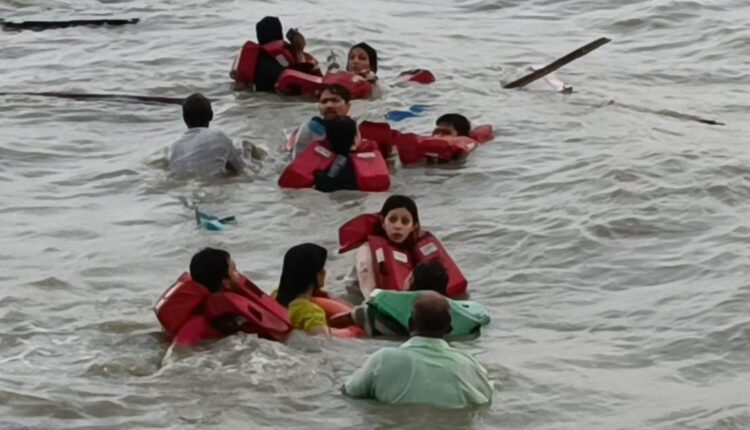 Bhubaneswar: A boat carrying as many as 11 tourists capsized in Odisha’s Chilika lake due to thunderstorm, today.

Fortunately, ten of them were rescued by police as they were wearing life jackets while one person was missing, till last reports came in. Efforts were on by police to trace and rescue him. The missing person was identified as a shopkeeper of Kalijai.

According to reports, the ill-fated boat met with the mishap when it was returning from Kalijai. Under the impact of nor’wester, the boat overturned, leaving the occupants in the water body.

Coincidentally, a team of Balugaon police had gone to the lake with a boat at that time. The cops spotted the tourists floating in water and rescued them.

They were later taken to Balugaon Hospital for treatment.