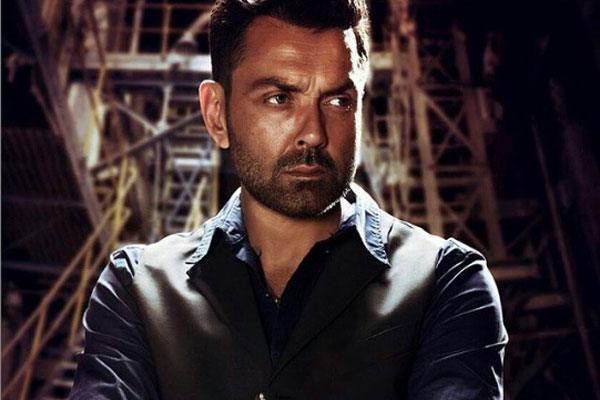 Mumbai:  He was dubbed the Italian Stallion when he entered Bollywood, long mane adding to his dashing loverboy charm. Although his debut film Barsaat fared way below expectation in 1995, he had a few top hits in the early decade of his career, notably Gupt, Soldier, Baadal and Bichhoo.

Yet, what followed didn’t make for a happy picture. Dharmendra’s younger son and Sunny Deol’s younger brother Bobby suddenly witnessed a drop in his career graph in the new millennium. Films stopped doing well, the offers started slowing down.

The actor says that it took him some time to accept the fact that he would have to settle for roles lesser than the lead.

“I used to be a big star once upon a time but things didn’t work out. My market value went down. I went through a phase where I couldn’t understand why this happened and I started giving up,” Bobby said.

The actor adds that it was when his kids wondered why he was at home, did he realize that it was time to get back to work.

“When I saw my kids noticing me sitting at home, it dawned on me that I am an actor and my job is to perform and play characters, and not just the main lead. As an actor, I realized that I needed to prove myself and that’s how I started looking at things,” he said.

“This is why I am getting so much work now. People have appreciated my hard work and have seen that I have the capability of doing different roles,” said the actor.

He seems to have made a good-enough comeback. His role as the vile Baba Nirala in Prakash Jha’s web series last year Aashram has been appreciated, and he is set to return next year. He has lately been seeing a regular flow of releases, too.

Bobby has projects such as Love Hostel and Aashram season 2, besides Bollywood deals such as Apne 2 and Animal coming up. Talking about the love that he has been receiving from fans, especially for Ashram, he says: “I don’t know what to feel. It is the love of my fans plus the new fans that I have made who helped me receive this award. They appreciated my work and the web series was watched by so many people. Their appreciation has helped me get this award and I am so grateful for that.”

Today, Bobby is on the lookout for roles that help him explore his acting abilities. “I put myself outside my comfort zone when I look for roles. I want to do roles that question the uncertainty and nonbelief that one has in oneself. I want to the kind of roles that when people offer them to me and I also go like, ‘I don’t see myself doing this! Do they really want me to do that?’,” he sums up.