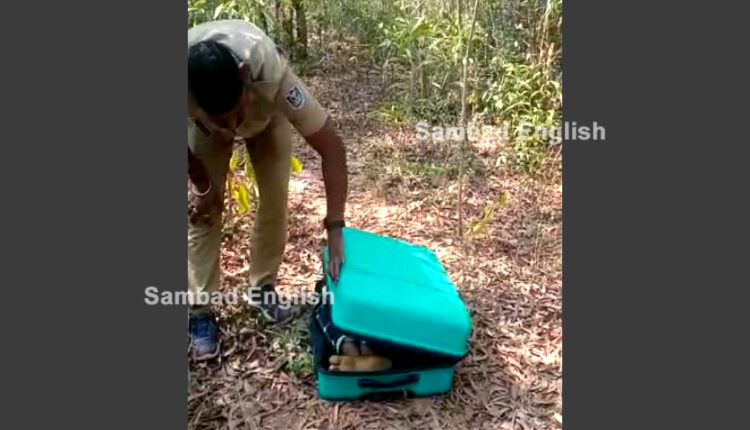 Nachuni: The body of a man kept in a suitcase was found today in Haripur gramya jungle (village forest) under Nachuni police limits of Khordha district.

The deceased has been identified as 32-year-old Manoranjan Mohapatra. He was the son of Gangadhar from Lakhapada of Balabhadrapur panchayat under Ranpur block and this police limits.

A senior official said that the closed suitcase was spotted by some locals while lying under mysterious circumstances when they had gone to the forest to collect firewood.

The forest is located near Tarini Temple beside NH-16 in the district. On being informed, a team of police personnel reached the spot and broke open the suitcase and found the body inside it.

“We have sought the assistance of the dog squad and scientific team. The body of Manoranjan was folded in a manner to accommodate it inside the suitcase,” Nachuni PS IIC Chandrasekhar Jena expressed.

Nachuni police seized the body and registered a case in this connection. Police have launched a probe to crack the death mystery. Primary evidence suggests that it is a case of murder. However, things will become clear after a post-mortem report comes in, Balugaon SDPO Manas Ranjan Barik stated.