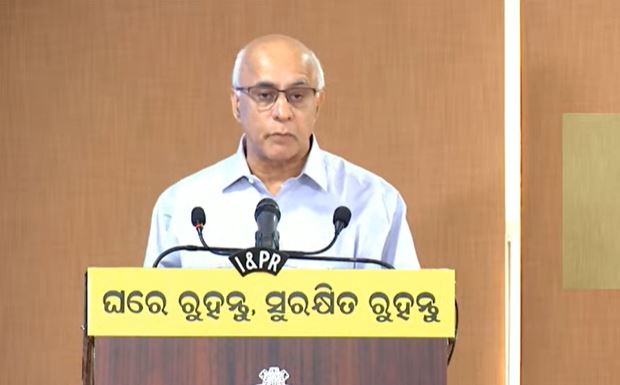 Bhubaneswar:  As Odisha reported the first COVID-19 death today, the  funeral of the deceased will be conducted by the state Government as per the guidelines of the Central Government.

Addressing a press conference, Odisha Government’s Spokesperson on COVID-19  Subroto Bagchi today said body of COVID19 deceased will be handed over to the state Government for cremation. The cremation would be done as per the guidelines of Ministry of Health and Family Welfare.

Reportedly, a 72-year-old man of Jharpada area died of the deadly virus at AIIMS Bhubaneswar yesterday.He was admitted to the hospital on April 4 after he complained of respiratory distress and had a history of chronic hypertension. The septuagenarian had later tested positive for COVID-19 and died yesterday while undergoing treatment. Contact tracing of the deceased is still underway.

As per Central Government’s guidelines, body of #COVID19 deceased will be handed over to #Odisha Govt, which will do the last rites: Subroto Bagchi #OdishaFightsCorona #CoronaUpdatesOdisha#COVID19UpdatesWithSambadEnglish pic.twitter.com/WFuGE0ZSvx

So far, total 2212 reports have been received, out of which 42 have tested positive for the virus in the state state. Two patients have been cured  and discharged from hospital, informed Bagchi. Meanwhile, the state is ready with seven COVID-19 hospitals to treat patients, in case of a flare-up.