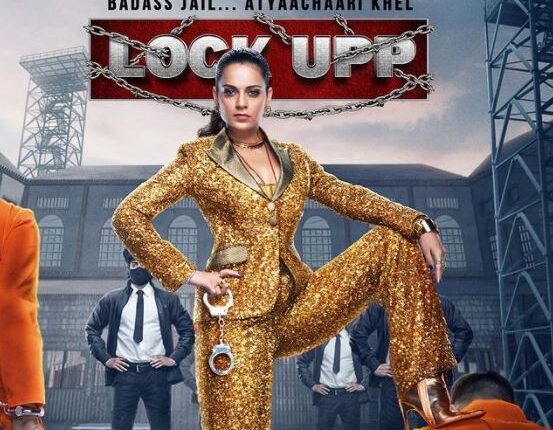 She wrote: “Mere saamne ab sabko karna padega kneel! Iss badass jail mein hoga atyaachaari khel.(Now, everyone has to kneel in before me. There will be cruel game in this badaas jail) Teaser out tomorrow. #LockUpp streaming free from 27th Feb on @altbalaji and @mxplayer. @ektarkapoor”

The show’s first poster features Kangana posing in a prison set-up with cops in the background, holding a glittering pair of handcuffs promising to lock up the contestants and flag off the reality show.

There will be 16 celebrities on the show. These contestants will be locked up inside the jail and there will also be a concept of bail in the reality show.

‘Lock Upp’ will be streaming from February 27 on ALTBalaji and MX Player.