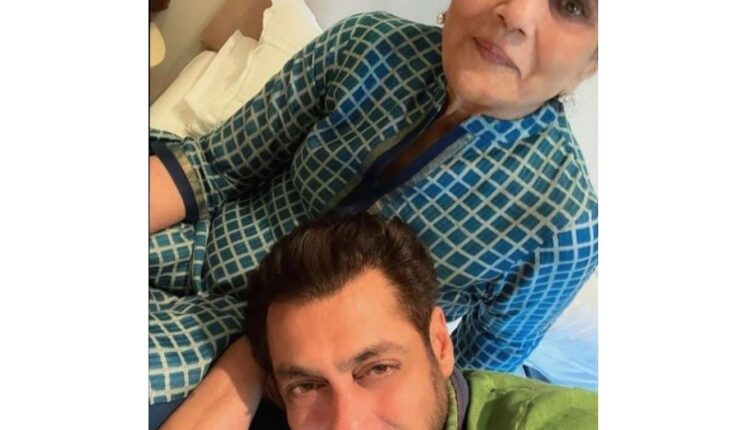 Mumbai: Bollywood superstar Salman Khan shared an endearing picture with his mother Salma Khan, which has taken over the Internet.

Salman posted the picture on Instagram, where he is seen resting on his mother’s lap as the two lovingly looked into the camera lens.

Salman has resumed shooting for his upcoming thriller ‘Tiger 3’ with actress Katrina Kaif. His next ‘Kabhi Eid Kabhi Diwali’ has been locked for Eid 2023.

In ‘Kabhi Eid Kabhi Diwali’, Salman will be presented in a completely new avatar. The look is currently being decided upon.

It also stars Pooja Hegde. She is playing a traditional small-town girl opposite Salman’s character.