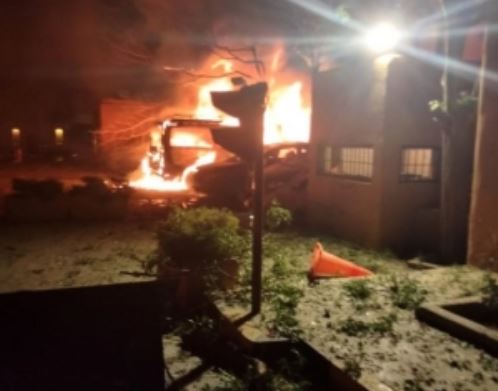 New Delhi: At least 13 people were injured in a blast near the Chief Chowk in Balochistan’s Kharan on Tuesday afternoon, Samaa TV reported.

The injured people have been moved to the hospital. The police and Rangers personnel have, on the other hand, cordoned off the area. A search operation is underway.

According to the police, the bomb was installed on a motorcycle. Around five to four kg of explosives were used in the attack, the report said.

Balochistan Chief Minister Abdul Qudus Bizenjo has condemned the attack and called it “an attempt of anti-nationalist organisations to disrupt peace in the province”.

“Such acts of terrorism won’t dampen our spirits,” he pointed out, instructing the authorities to ensure the provision of proper medical treatment for the injured people.

This is the third explosion in Balochistan in a week. On Monday, a man was killed and two people injured after a bomb, installed in a car, exploded near Hub.

Meanwhile, two people were killed and three injured in a blast in Pajgur on Sunday. The explosives were installed on a motorcycle. Officials said that the bombing was apparently targeted at the FC vehicle, the report said.