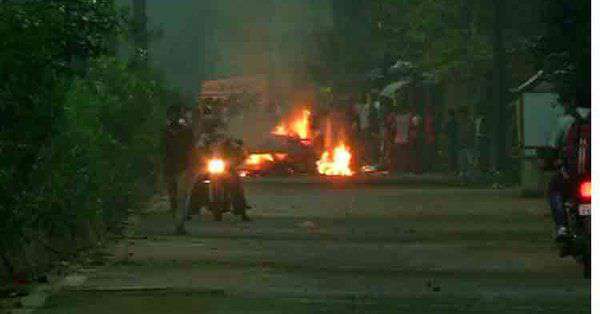 Bhubaneswar: The Twin City Commissionerate Police have arrested the prime accused and detained several persons in the incident of bomb hurling at Raghunath Nagar under Khandagiri police limits in Odisha capital.

Police last night conducted raid and arrested Agni Sarangi, the main accused, and detained many others for their alleged involvement in the matter.

Agni and his associates had on October 1 allegedly hurled bombs at Raghunath Nagar during which some houses were damaged. The locals got infuriated and staged agitation. The protest soon turned ugly as the locals vandalised a shop in Sarakantara area. On being informed, a PCR vehicle reached the spot to pacify the agitators. However, the locals damaged the police vehicle and attacked the cops.

As many as five platoons of police force have been kept deployed at the spot to avoid further untoward incident. The situation, however, remains tense in the area.