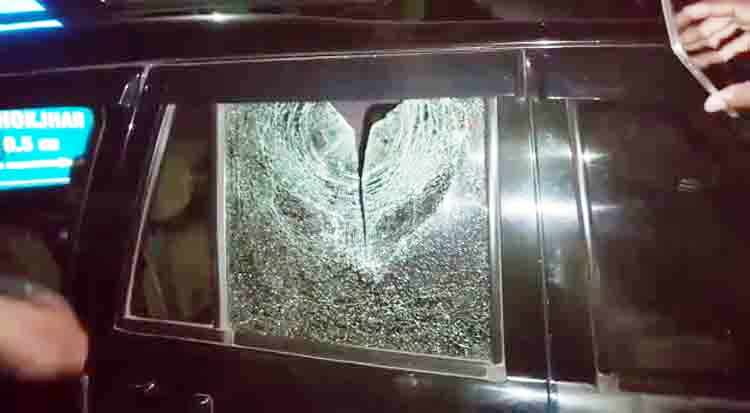 Jajpur: In a fresh incident of poll violence, miscreants allegedly hurled bombs at the vehicle of a Zilla Parishad member of Sukinda Zone-39 in Jajpur district last night.

However, the Zilla Parishad member identified as Sarojini Raj escaped with minor injuries while her vehicle was damaged in the attack.

The incident took place when Sarojini was returning to her house after an election campaigning in Haripur area. She was rushed to a nearby hospital for treatment. Later, she lodged a police complaint alleging political vendetta behind the attack.

Acting on the complaint, police have started an investigation into the incident.