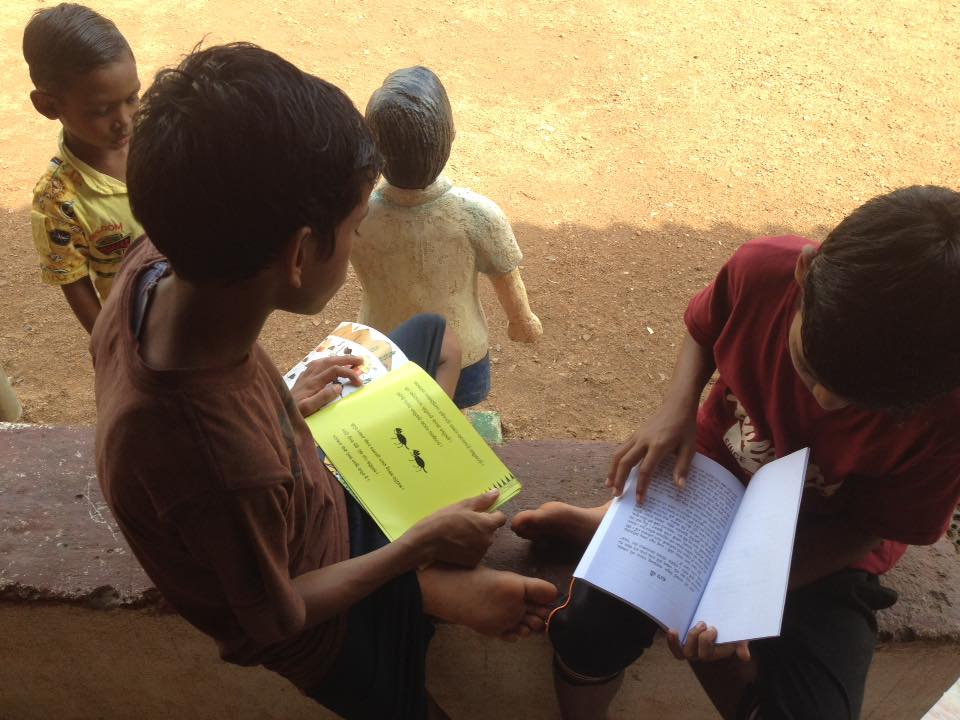 Sounds exciting, doesn’t it? ‘Book Bombs’ is a thing recently initiated by Walking BookFairs, the book shop on wheels, in the Odisha capital. The founding members of the  independent book store, Satabdi and Akshaya, recently embarked on an Odisha tour, bombing books on the way and all places they passed by.

They went to remote areas, universities, communities, and all government schools possible because they believe ‘reading is empowering’ and can change the world.

“We reach out to people with books in villages, towns, cities, wherever possible independently of our own volition and at our own cost because we believe books are for everybody and everyone should have access to them,” said Satabdi.

The traveling bookstore/library, which started back in 2015, have already been on a ‘Read More India’ tour twice; once in Odisha and the other covering 20 states of India.

Here are some pictures from their recent Book Bomb and Odisha tour:

Mason Cooley had rightly said, ‘Reading gives us some place to go when we have to stay where we are.”

134 killed in earthquake near Iran-Iraq border