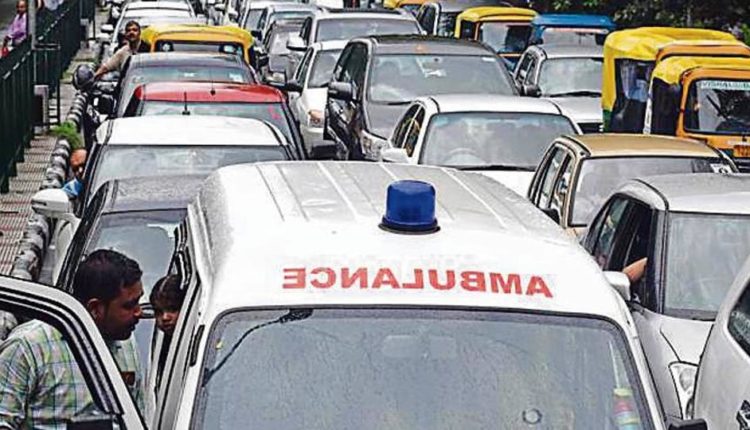 Bhubaneswar: In a twist in 5-year-old boy’s death in an ambulance allegedly due to traffic jam, Commissionerate Police that is facing huge public wrath has come up with an evidence contradicting the allegations.

Based on the CCTV footage, the Commissionerate Police refuted the ‘traffic jam’ allegation. Taking to Twitter, the police said that the ambulance had reached the private hospital from the Capital Hospital just in 22 minutes and the vehicle had not travelled through the busy route like AG Square.

However, the fact contradicts the allegations made by the deceased’s family. As per the complaint, the ambulance carrying the patient from the Hospital moved through AG Square. Due to traffic jam, the vehicle took 1 hour 20 minutes to reach the Kalinga Institute of Medical Sciences (KIMS) Hospital for which the 5-year-old child succumbed.

According to reports, the patient was being shifted from the Capital Hospital to KIMS Hospital after his condition deteriorated. The ambulance got stuck in a traffic and took over an hour to travel a 13-km stretch on Jaydev Vihar-Nandankanan Road that proved fatal for the ailing child.

The father of the deceased had said that the life of his son could have been saved if there had been a dedicated passage for ambulances.

Odisha: These trains to be cancelled/diverted for modernisation work