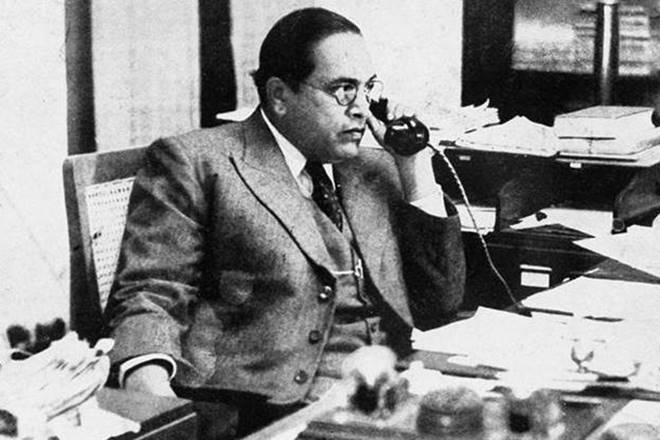 New Delhi: The BJP on Friday hit out at the Opposition for boycotting the ‘Constitution Day’ celebrations in the Central Hall of Parliament and termed it as an “insult” to Dr Bhimrao Ambedkar, the chief architect of the Constitution.

It also used the opportunity to criticise the Congress which had denounced the BJP leaders for skipping the function held at Parliament to celebrate the birth anniversary of first Prime Minister Jawaharlal Nehru on November 14.

About 14 Opposition parties, including Congress, have announced to boycott the ‘Constitution Day’ programme.

The function at the Central Hall of Parliament will be addressed by the President, Vice President, Prime Minister and Lok Sabha Speaker.

In-charge of BJP’s national information and technology department, Amit Malviya tweeted, “14 parties including Congress, Left, TMC, RJD, SS, NCP, SP, IUML and the DMK to boycott ‘Constitution Day’ celebrations in Central Hall.
Congress, which created a big hue and cry during Nehru’s birth anniversary program, is leading the boycott. This is an insult to Dr Ambedkar.”

Kovind will also inaugurate an online quiz on ‘Constitutional Democracy’.

On November 14, Congress Chief whip in the Rajya Sabha Jairam Ramesh alleged that during the traditional function in Parliament to mark the birth anniversary of India’s first Prime Minister Nehru, the Lok Sabha Speaker, Chairman RS and the central ministers were absent.

Taking to twitter, Jairam had said: “Extraordinary scene today in Parliament at the traditional function to mark the birth anniversary of those whose portraits adorn the Central Hall. Speaker Lok Sabha absent. Chairman Rajya Sabha absent. Not a single Minister present.”

A day later, the Rajya Sabha Secretariat issued a rejoinder and said that the Vice President never attends such events.

“It is hereby stated that the Vice President of India never attends such ceremonies organised in the central hall of Parliament, as a matter of convention. It was misleading to suggest that Vice President M. Venkaiah Naidu skipped the ceremony on November 14. The misleading reports have caused deep distress to the Vice President,” the RS Secretariat had said.