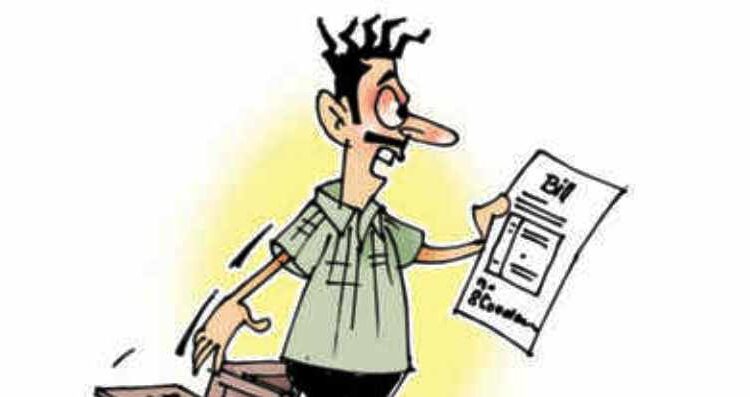 Jajpur: Parikhita Dalei of Sanabagasahi village under Kuakhia electricity division in Jajpur district was appalled to see his monthly bill amounting to Rs 1.06 lakh, thanks to the erroneous bill issued by the concerned DISCOM.

The shock-stricken man, who belongs to a BPL (Below Poverty Line) family, is running to the electricity office time and again seeking a solution, but in vain.

As per reports, Parikhita, an agriculture worker by occupation, was given electricity connection to his house through Pradhan Mantri Sahaj Bijli Har Ghar Yojana – Saubhagya recently. With two 9-watt bulbs and a fan, he pays monthly bill between Rs 100 and 120 for 25-30 units electricity consumption. And, he deposits the money on time.

Few days ago, he received a monthly electricity bill of his house amounting to Rs 1,06,200 that left him in a state of quandary. Since then, he is frequently visiting the DISCOM office at Brahmabarada but the concerned junior engineer is allegedly deferring the dates to address the grievance.

Meanwhile, the victim’s son Tiki has requested the officials to look into the matter forthwith to help them get away with the harassment.

Relief for power consumers as tariff remains unchanged for…