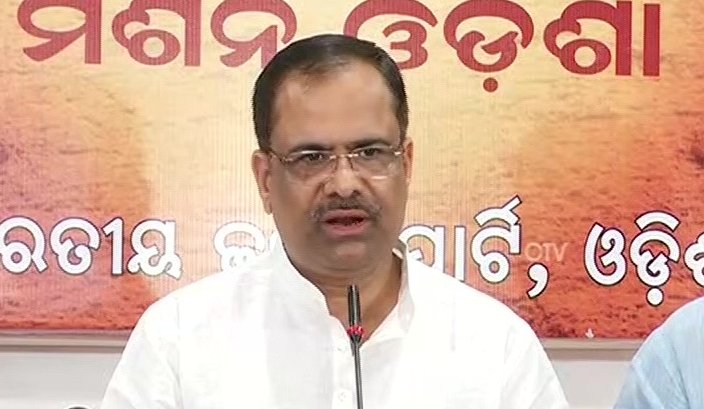 Bhubaneswar: A day after the Shree Jagannath Temple Administration (SJTA) announced that the inquiry report pertaining to the Brahma Paribartan fiasco during 2015 Nabakalebar cannot be made public, BJP today slammed the State Government terming the decision as a conspiracy against the Jagannath culture and a violation of basic human rights.

Speaking to media, party Spokesperson Pitambar Acharya here said, “With this decision, the State Government is trying to hoodwink the people of Odisha by disobeying the Supreme Court’s order and violating the Human Rights. The decision proves that the allegation of Brahma Paribartan fiasco is true.”

He further stated that the decision was taken as disclosure of the inquiry report would unmask the real face of the State Government. Acharya also said that the party will move to court to challenge the decision.

In reaction, BJD leader Arun Sahoo said decision of the Jagannath temple managing committee is unquestionable; the State  Government has no say in the matter.

After a temple managing committee meeting held under the chairmanship of Puri Gajapati Maharaj Dibya Singha Deb yesterday, SJTA made it clear that the inquiry report on the Brahma Paribartan fiasco during 2015 Nabakalebar cannot be made public saying the matter is a ‘sensitive’ issue.

24 Srimandir servitors to be served notice. Here’s Why