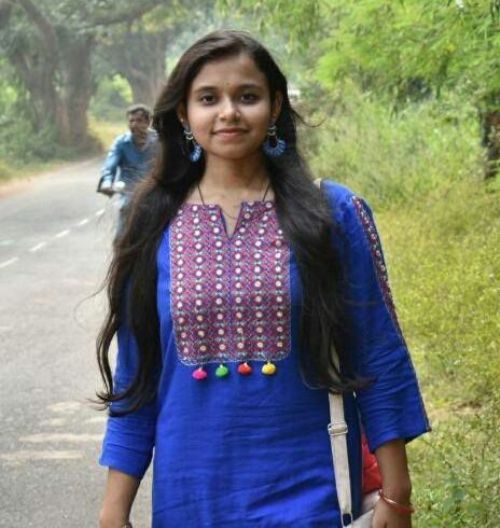 Bhubaneswar: A newly married woman showed her courage by fighting off a miscreant trying to loot her ornaments here.

She saved her ornaments and taught a lesson to the looter who fled the spot out of fear.

The incident took place early in the morning on Thursday at Niladri Vihar area in the city where the brave woman identified as Madhumita Chand (22) managed to save herself from the masked looter.

According to reports, the masked miscreant attacked Madhumita to snatch her jewelries while she was plucking flowers on the terrace of her house for Puja.

Without being frightened of the masked looter, Madhumita fought back for around 15 minutes and managed to overpower him hitting him on the terrace door, which was made of iron. Although, she also received minor injury on her hands in the fight, the miscreant could not snatch her gold bangles, rings, chain and earrings.

The news spread like fire in the area with receiving lots of praise for Madhumita for her courage.

Married to Badal Bal, a merchant navy officer, seven months ago, Madhumita lives with her in-laws. The woman, who is a Botany student of Basic Science College, her courage was applauded by the neighbours and denizens in Chandrasekharpur area.