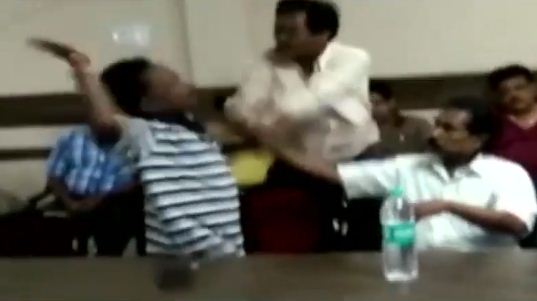 According to reports, samiti member Sridhar Sabar demanded cancellation of the meeting due to lack of quorum. However, zilla parishad member Aswini Gamang became furious over the incident and started thrashing Sridhar, who retaliated.

Both were seen exchanging blows and punches. Other members present at the meeting intervened and pacified the two.