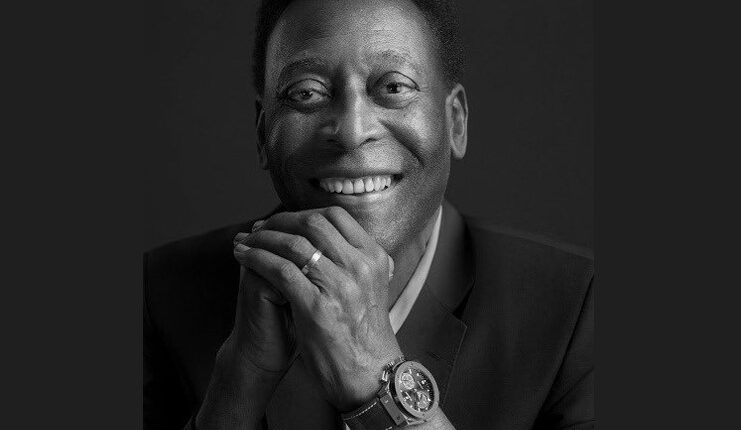 Rio de Janeiro: Tributes flowed for Brazilian football legend Pele following his death from cancer at the age of 82.

Pele’s passing dominated news headlines in Brazil and across South America on Friday.

“Pele showed the power of sport and set a new limit to fame,” the Folha de S.Paulo newspaper said, referring to his status as an icon of the 20th century.

It also highlighted Pele’s role in temporarily halting Nigeria’s civil conflict as the warring parties signed a two-day ceasefire in 1969 to accommodate a friendly match featuring the famous No. 10.

The newspaper praised Pele’s ability to maintain impossibly high standards over a professional career that started in his mid-teens and extended until his mid-30s.

“During his 20-year career, teams changed. The only thing that didn’t change was that Pele was always the reference,” it said.

“Edson Arantes do Nascimento, we just found out, was mortal,” it said. “But not Pele. Like the gods of Olympus, Pele does not age, wrinkle, or die. Until the end of time, Pele will be alive, marked in the world’s memory as the man – the Brazilian – who used football to make humanity dream.”

Globo Esporte said Pele reached a level of fame not seen before or since his playing days.

“Pele was a global celebrity long before globalisation,” it said. “The greatest football player in history made every corner of the world his own, with crowds idolizing him at a time when the world seemed much bigger than it is today.”

“Pele didn’t have his games broadcast worldwide every week, he didn’t have the internet to share videos of his accomplishments. Still, what he did was so impactful that it won the world. The perfect player, the exemplary athlete, Pele became an adjective for perfection, for excellence. Pele was the brand before marketing.”

Pele’s death was also front-page news in Argentina, where the press momentarily put aside its argument that Diego Maradona, and not the Brazilian, was the greatest player in history, reports Xinhua.

“Football has lost its king,” online sports magazine Ole said. “The news shocked the world in the midst of the Christmas festivities.”

“He left an enviable track record for the generations of footballers that followed him,” it said. “He will be remembered throughout eternity.”