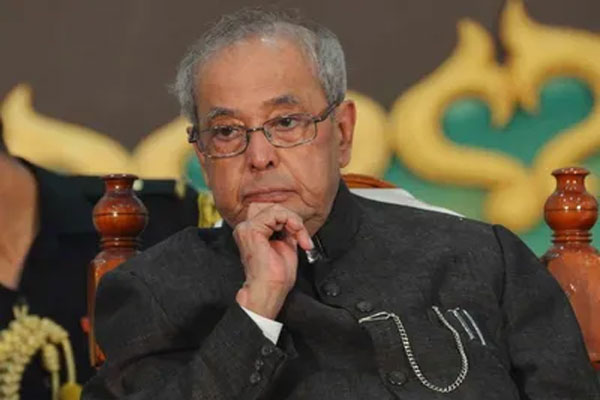 Bhubaneswar: Former  President Pranab Mukherjee passed away while undergoing treatment at Army Research and Referral Hospital in New Delhi today. He was 84.

Mukherjee’s son Abhijit confirmed his demise on  his Twitter handle.

With a Heavy Heart , this is to inform you that my father Shri #PranabMukherjee has just passed away inspite of the best efforts of Doctors of RR Hospital & prayers ,duas & prarthanas from people throughout India !
I thank all of You 🙏

The Bharat Ratna awardee was admitted  to the hospital on August 10 in a critical condition after he developed a lung infection. He had tested positive for COVID-19 after being hospitalized and later underwent a brain surgery at the hospital. He was on ventilator support for the last couple of days.

Earlier in the day,  the hospital authorities had stated, “There is a decline in the medical condition of Pranab Mukherjee since yesterday.”

The  doctors pointed out that he was in septic shock due to his lung infection and was being managed by a team of specialists.  There was a slight improvement in Mukherjee’s health condition last week thereafter it deteriorated when he developed lung infection.

Soon after his demise, condolences started pouring in from people of all walks of life, including President Ram Nath Kovind,Prime Minister Narendra Modi and Home Minister Amit Shah.

India grieves the passing away of Bharat Ratna Shri Pranab Mukherjee. He has left an indelible mark on the development trajectory of our nation. A scholar par excellence, a towering statesman, he was admired across the political spectrum and by all sections of society. pic.twitter.com/gz6rwQbxi6

Deeply anguished on the passing away of former President of India, Bharat Ratna Shri Pranab Mukherjee ji. He was a vastly experienced leader who served the nation with utmost devotion. Pranab da’s distinguished career is a matter of great pride for the entire country.