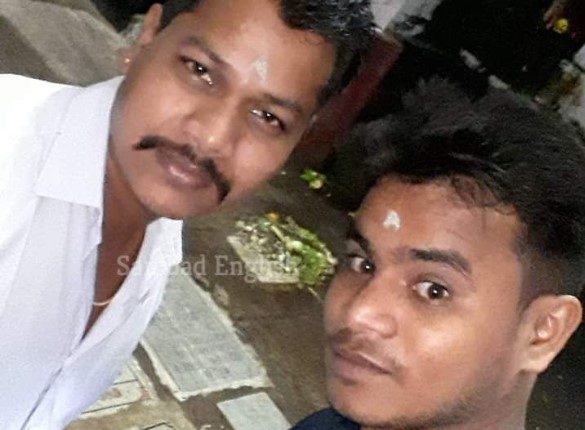 Bhubaneswar: A special squad of the Commissionerate Police today arrested two youth, including the prime accused, in a firing incident that killed a person at Bahadalpur in Khandagiri area here on November 7.

Prime accused Bharat Sahu (29) alias Bapi and his aide Durga Prasad Sahu (26) alias Hapi, both residents of Khandagiri area, were arrested from Hatikhamba village in Rayagada district. The cops also seized a pistol of .765 bore and two motorcycles, including the one used in the crime, from their possession. Police said further investigation is underway and search on to nab another accused Raja soon. All the accused will be brought on remand for further probe.

At around 5 pm on November 7, the two accused along with another youth came on a bike and opened fire at one Anil Jena killing him on the spot. They also attempted to kill his father Abhimanyu. Soon after, the accused escaped to Rayagada and were staying in a house at Hatikhamba village  on rent.

Acting on a complaint, Khandagiri police had registered a case under Sections 341, 294, 302, 307 and 34 of IPC and Sections 25/27 of Arms Act. During investigation, it was revealed that previous enmity led to the incident as Anil had been opposing illegal sale of drugs in the locality.  Earlier on November 27, the police had arrested three persons- Pulak Hati, Chittaranjan Parija and Alok Pradhan in this connection and later forwarded them to judicial custody.

Hrithik to play Deepika’s ‘Krishna’ in this movie