Canal bridge caves in; transportation disrupted on NH-49 in Odisha 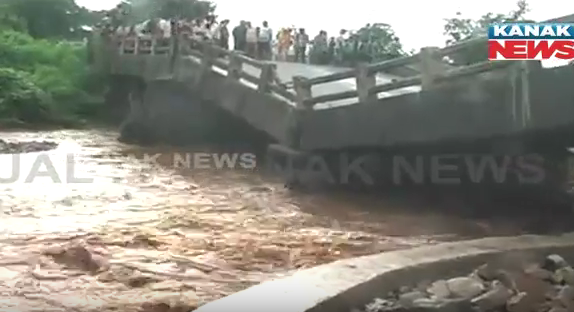 One killed, over 20 injured in bus-truck collision in Odisha…

According to reports, the Bengasula canal bridge here collapsed last night due to incessant rainfall in the region. The middle pillar of the bridge split following which it caved in, reports added.

Transportation along Mumbai-Kolkata route was severely affected after the incident. Hundreds of trucks remained stranded on both sides of the road, sources said.

Several areas of Baniakilinda were inundated with water after the bridge collapsed.