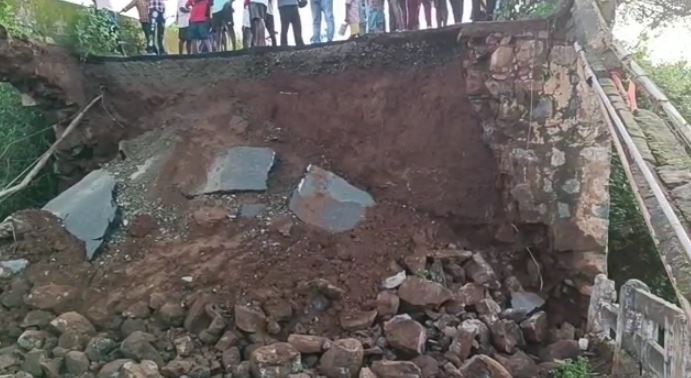 According to reports, the incident took place at around 4 pm, snapping road communication between Koraput and Rayagada.

While the bridge is 40 feet in length, a portion of it measuring around 10 feet collapsed from one side.

Hundreds of vehicles remained stranded on both sides of the road due to the incident.

Though the exact reason behind the collapse of the bridge was yet to be ascertained, it is suspected that incessant rainfall in the area weakened the bridge which subsequently led to the collapse.