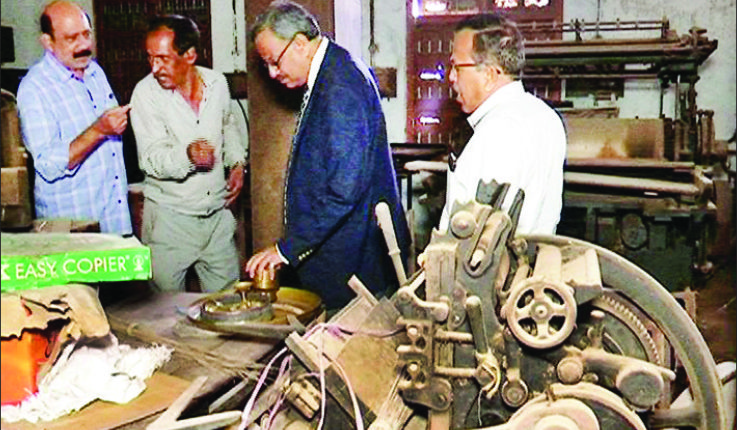 Bhubaneswar: The printing machines of British era lying defunct at Utkal University will be revived soon as the authorities of Odisha’s premier educational institution have decided for makeover of the press.

In this regard, the Utkal University Vice-chancellor Prof. Soumendra Mohan Patnaik has directed to prepare a report in five days.

As per the move, the Utkal University will take initiative to transform the press into a grand museum, which will be opened for public to showcase the antique printing machines brought from London to India by King Sriram Chandra Bhanjadeo, the ruler of princely state Mayurbhanj.

Worth mentioning, Maharaja of Mayurbhanj had donated the printing machines to Utkal University in the year 1948 for development of education. A number of books and magazines had been printed by the machines at campus of the university in Cuttack and later in Bhubaneswar.

However, the Press lost its identity and remained dysfunctional with advent of new media technologies in later period. Several machines manufactured during 1904 are now lying defunct at the varsity.

Transgenders to collect holding tax from defaulters in Odisha Capital