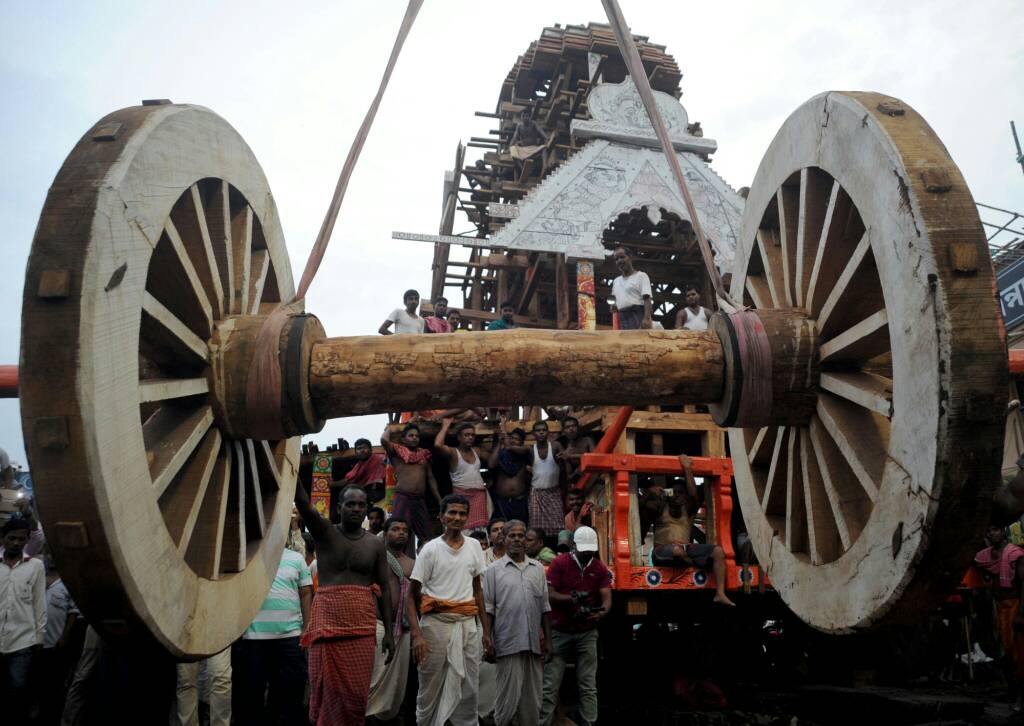 Puri: The carpenters and others engaged in replacement of broken axle of Darpadalan chariot of Devi Subhadra this evening replaced the damaged part with a new one.

The carpenters, Works department engineers and Railway engineers replaced the entire front axle of the chariot on a war footing owing which the Shri Jagannath temple and the district administration breathed a sigh of relief as the annual Rath Yatra is barely three days to go.

As per sources, the newly-carved axle has been constructed from a Phasi log, considered hardest among the wooden logs used in preparing axles.

After the incident came to the notice, chaos prevailed keeping the last minute preparations for the annual festival of the Lords.

A technical committee visited the Rath Khala where the chariots are being constructed to assess the extent of damage following which a decision was taken to replace the axle completely with a new one.

The members were expecting the work to be over by tomorrow morning. However, the work on war footing saved time and face.

Notably, the axle attached to the first wheel on the left side of the Devadalana chariot was found broken late last evening. As an immediate measure, the damaged axle was fastened with iron chains to prevent further damage to other sections of the chariot.