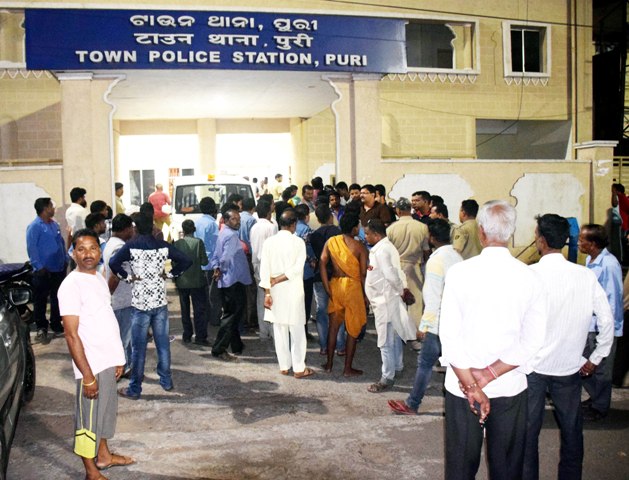 Puri: A woman constable on duty was manhandled and assaulted by irate brother and sister duo for stopping their unnumbered car here on Friday.

The victim identified as Sabita Pradhan was admitted to the hospital sustaining multiple injuries.

Police arrested one accused identified as Jyotiprakash Samantray on charges of attacking the woman constable, who was on duty.

The incident took place at around 9.00 pm near Market Chhak on Grand Road in pilgrim city Puri on Friday.

According to reports, woman constable Sabita Pradhan was beaten by Jyotiprakash and his sister Debjani Samantaray after she stopped their unnumbered car that tried to cross the traffic post at Market Chhak. The duo tore her uniform and assaulted her in public.

As per the traffic rules, no car is allowed to move towards Srimandir from Market Chhak.

Debjani appeared adamant to drive the car towards Srimandir even after Pradhan stopped the vehicle. Following heated argument between the two, Debjani called her brother and the duo assaulted the woman constable pushing her to the ground. They pulled up her hair and tore her uniform.

On being informed about the incident, Town police IIC Umashankar Singh reached the spot and rescued the victim Pradhan in half-naked condition.

Police detained the two and seized the car for allegedly assaulting the woman constable on duty and violating the traffic rules.

“I stopped the unnumbered car, which was new and had no local pass, at around 9.10 pm near the traffic post. They told that they were the residents of Harachandi Sahi. When I denied allowing the vehicle to move, the brother and sister duo started assaulting me in public. I was manhandled and beaten by two-three persons, who were with the accused’s brother,” said the victim.

Meanwhile, the members of Puri district constable and havildar union reached the police station and demanded justice for the woman constable.

Odisha Assembly: Ruckus by Opp over irregularities in conduct of TAC meet