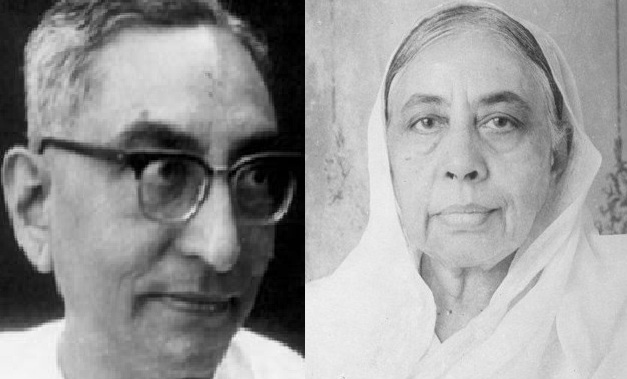 Strange but true. A brother sister duo were in Odisha Assembly for long 15 years. The brother had been the Leader of Opposition, a Cabinet Minister and even the Chief Minister of the state for 5 years. And during the entire period the sister was standing stoutly behind him as a member of the assembly. They are Rajendra Narayan Singhdeo, Maharaja of Patna and Ratnaprava Devi, Rajmata of Dhenkanal.

Rajendra Narayan and Ratnaprabha were two of the nine children born to the Royal family of Saraikala, Maharaja Aditya Pratap Singhdeo and Rani Padmini Kumari Devi. Ratnaprabha was the eldest of the three girls and Rajendra, three year younger to Ratnaprabha, was the second among the six boys.

Ratnaprabha, on the other hand got married to Raja Shankar Pratap Singhdeo Mahindra Bahadur of Dhenkanal in 1924 and became the Queen of Dhenkanal State when Shankar Pratap took the full charge of the kingdom in 1925. The fate of both the brother and sister seemed to follow the same trajectory.

After the merger of all Princely States with Odisha province, both Bolangir and Dhenkanal became part of Odisha and the people of these states got their opportunity to participate in the General Elections for the first time in 1952. Congress was the dominant political party all over the country during that time. But Rajendra Narayan did not join Congress. He formed a new regional party of his own named ‘Ganatantra Parishad’ and fought against Congress in the state. Both Ratnaprabha and Shankar Pratap were members of the party and were strongly behind Rajendra.

Rajendra was the Leader of Opposition in the Assembly in 1957 and was a Cabinet Minister in Mahatab’s cabinet in 1959. He finally became the Chief Minister of the State in 1967 when his party (Swatantra Party into which his Ganatantra Parishad had merged in 1962) formed a coalition Government with Jana Congress. This was also the time when Ratnaprabha was a member in the Assembly representing the ruling party. Though she was not inducted into the cabinet, she stood firmly behind her brother like a true protective elder sister.

Ratnaprabha has beautifully narrated the experiences of her childhood days at Saraikala with her siblings in her autobiography ‘1909 masiharu e paryanta’. It seems the brother-sister duo, Ratnaprabha and Rajendra, continued with the same love and closeness till the very end.