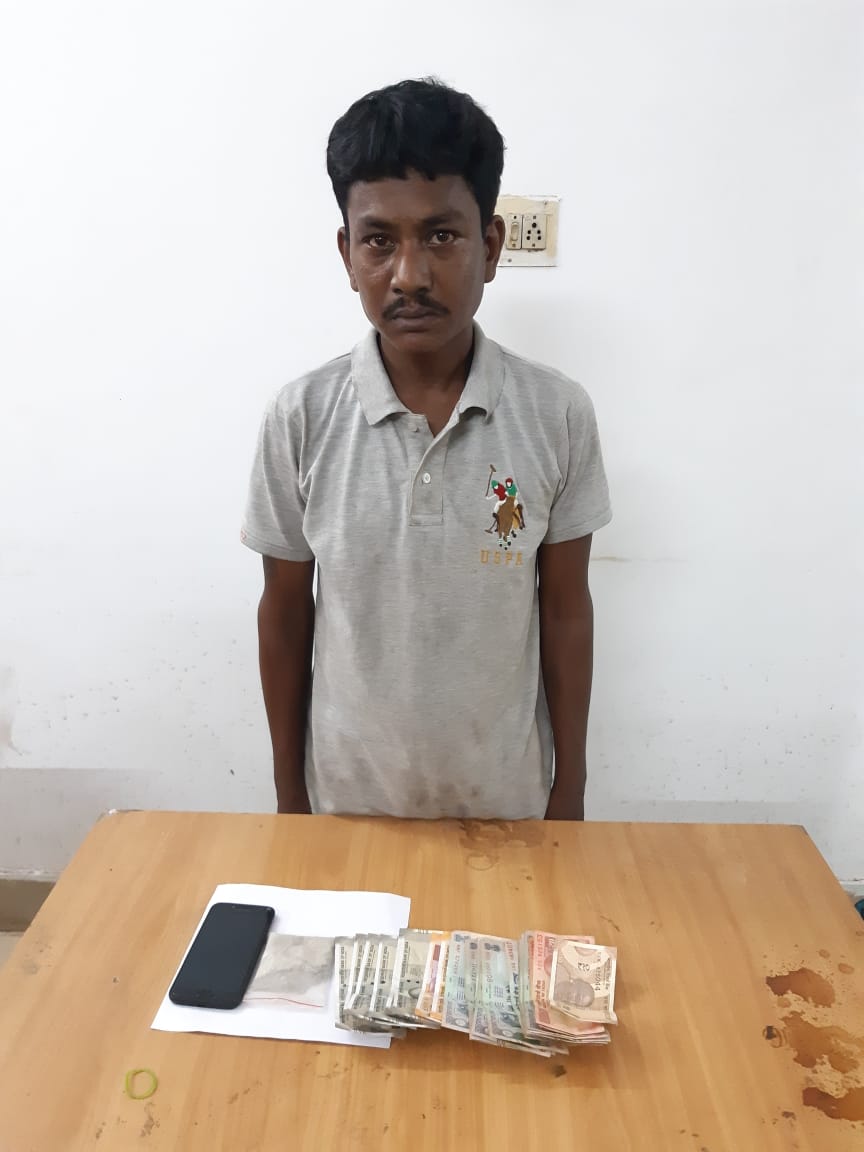 Bhubaneswar: The Commissionerate police seized 18.5 gram brown sugar and arrested one person during a raid at a slum area here yesterday.

The accused was identified as Bulu Nayak (35), a resident of Salia Sahi in Bhubaneswar.

Acting on a tip-off, the Quick Action Team (QAT) and Nayapalli Police had conducted a joint raid at Adibasi Gaon in Salia Sahi on Thursday afternoon.

During the raid, the cops apprehended Bulu and seized 18.5 gram of brown sugar in a poly pouch. They also seized a mobile phone, one bike and cash of Rs 4950 from his possession.

A case has been registered at the Nayapalli Police Station under section 21(b) NDPS Act and the matter is being investigated by the SI Rabindranath Patra.

In a related development, one more accused was apprehended with 52 gram brown sugar by the intelligence wing of Central Excise department from Mancheswar area in Bhubaneswar today.

Over 150 taken ill after wedding feast in Odisha’s Balasore