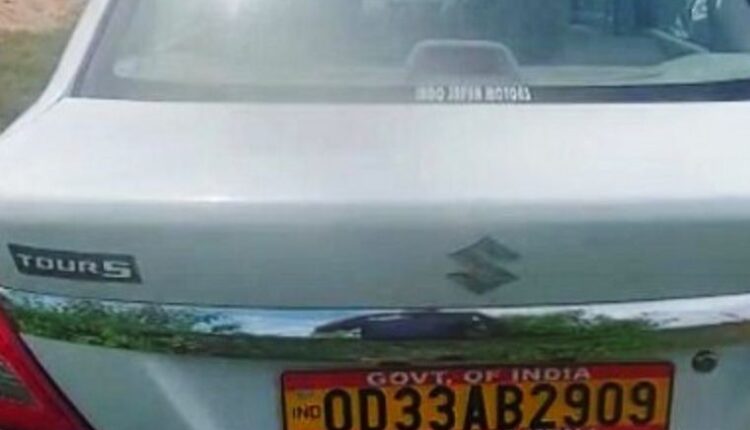 Puri: An attempt by drug peddlers to hoodwink police was foiled by the cops today as they seized a car having a number plate with ‘Govt. of India’ text, which was used by the offenders for smuggling brown sugar in Odisha’s Puri.

As many as three persons– Deba Prasad Mishra, Sheikh Karimullah and Sheikh Anu of Bhubaneswar– have been arrested in this connection.

According to reports, the accused trio was heading towards Bhubaneswar from Puri carrying the contraband in the vehicle. Acting on a tip-off, Puri Sadar police intercepted the car near Malatipatpur bus stand.

On searching the vehicle, police recovered 40 grams of brown sugar from it. Police sources said the wrongdoers used to procure the drug from Balasore and sell those in Puri area.