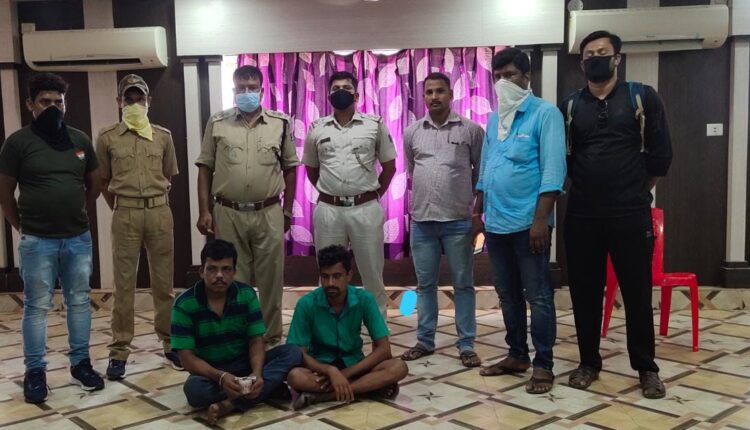 The Central Excise Intelligence had kept a vigil on drug peddlers in Bhadark town over a past few days. Acting on a tip-off, the team managed to apprehend two drug peddlers, who were travelling on a motorcycle, near an over bridge at Charampa area in the morning. During search, they recovered 81 gram brown sugar worth over Rs 8 lakh from their possession.

The arrested persons have been identified as residents of Dolasahi village under Tihidi block in Bhadrak district.

The two were running illegal narcotics trade in Jajpur and Bhadrak districts by sourcing brown sugar from Jaleswar area in Balasore district. They were actively involved in the business as the liquor shops were off during lockdown, informed Jagdish Chandra Samal, Excise Inspector, Central Excise Intelligence.