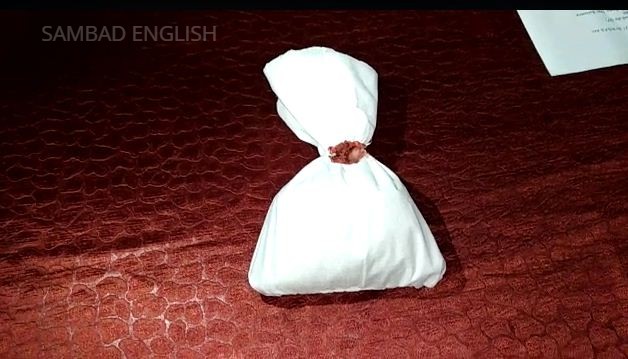 Balasore: The district police today seized 50 grams of brown sugar worth around Rs 5 lakh in Jaleswar area and arrested a person in this connection.

Acting on a tip-off, a police team led by Jaleswar SDPO Ankita Kumbhar raided a place at Sheikhbad early this morning and seized the brown sugar from the possession of the accused.

The arrested person is a resident of the locality, police sources said.

Worth mentioning, Excise Department had seized brown sugar worth around Rs 35 lakh and arrested a person in Jaleswar in October, last year.