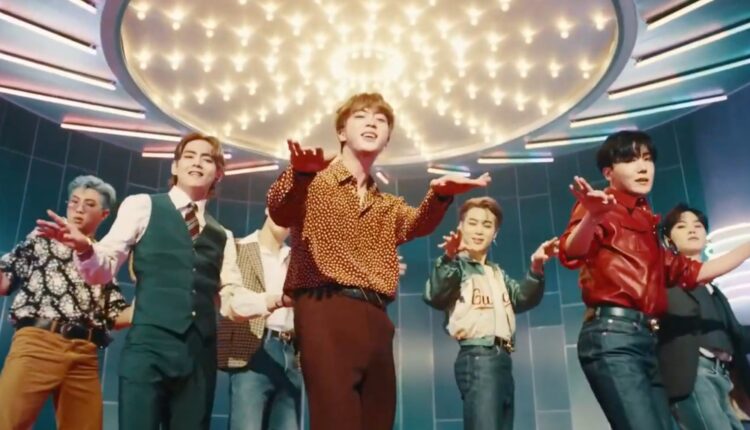 BTS’s single ‘Dynamite’ has broken several records, and now the track has hit the top five on Billboard Radio airplay chart. This year BTS has already won several awards for the song and still trending at the top list.

For the first time, BST is nominated for Grammy Awards, and now their blockbuster song ‘Dynamite’ is creating another history by hitting into the top five on the Billboard radio chart. This is the first English language song of BTS and has now risen to the fifth position this week on the Pop Songs radio chart.

According to Billboard, the chart is one of Billboard’s top radio airplay, measuring the total weekly play of the top 40 songs on around 160 mainstream radio stations. This is the first time for any Korean music to make on the top five on the airplay chart and mark as the highest-ranking achieved.

Late in August, the song has already debuted at No.1 on the Billboard Hot 100 chart. Last month the song also hit the top 10 on the Pop Songs radio chart for the first time and then went to fifth place this week.

The song also ranked as the 24th on the Hot 100, down 14 notches from a week earlier, and then sustained its position on Billboard’s singles chart for 16 weeks.