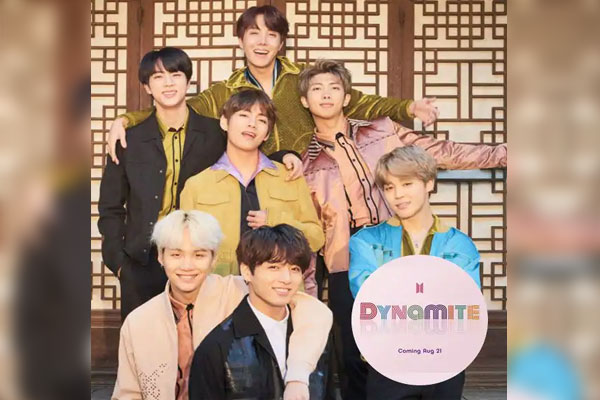 Bhubaneswar: The much-awaited music video ‘Dynamite’ by the K-pop sensation BTS has just smashed the record for the biggest premiere in the history of YouTube. The track of three minutes and forty-three seconds has garnered over 4.2 crore views within six hours of its release.

The video sets a cheerful tone with light and funky beats that are compelling enough for the listeners to shake a leg in the track. The colour-pop background, single screen-times and the special disco scene with a stroke from the 80s where all the BTS members groove together, absolutely ‘lights it up like Dynamite.’

BTS is a seven-member all-boys South Korean band which was founded in 2010 but debuted in 2013. The band is quite popular across the world for mostly hip-hop songs.

Notably, this is their first all-English song and it is on a record-breaking spree.

CBI to check CCTV of SSR’s building for ‘tampering’