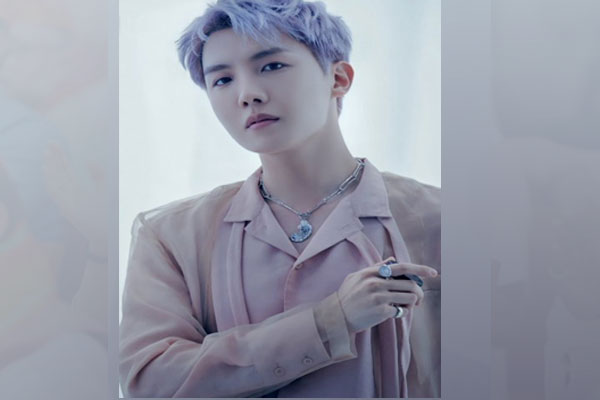 Seoul: K-pop superband BTS’ member J-Hope has been added as a headliner for this year’s Lollapalooza Festival, taking place in Chicago’s Grant Park from July 28-31.

J-Hope will close out the festival on Sunday, July 31, making history as the first South Korean artist to headline the main stage at a major US music festival, reports ‘Variety’.

Lollapalooza also announced that K-pop group Tomorrow x Together has been added to the lineup on Saturday, July 30, marking their US festival debut.

“I’m happy to welcome J-Hope and Tomorrow x Together into the Lollapalooza family,” said Lollapalooza founder, Perry Farrell, in a statement.

“These artists have been given great gifts in communication. Their global audience speak different languages but possess an intense passion for their music. Lolla is the place where all music genres live in harmony. These are the superstars of the global phenomenon of K-Pop, and we are so excited to have them at this year’s festival.”

J-Hope joins co-headliners Metallica, Dua Lipa, J. Cole and Green Day among many others, as well as sets from Kygo, Big Sean, Jazmine Sullivan, Don Toliver, Charli XCX, Idles, Turnstile and more. The festival also recently posted a full list of set times for the festival on its Twitter page.

The additions of J-Hope and Tomorrow x Together come as Doja Cat has cancelled several of her summer festival performances, including Lollapalooza and her run with the Weeknd’s tour, due to throat health complications. The singer uploaded a note to Twitter on May 20 explaining her absence and confirming she would be undergoing tonsil surgery and would need the time to recover.

Last year, Lollapalooza also took place in Grant Park and made its mark as one of the first big fests to come back after the shutdowns of the pandemic.