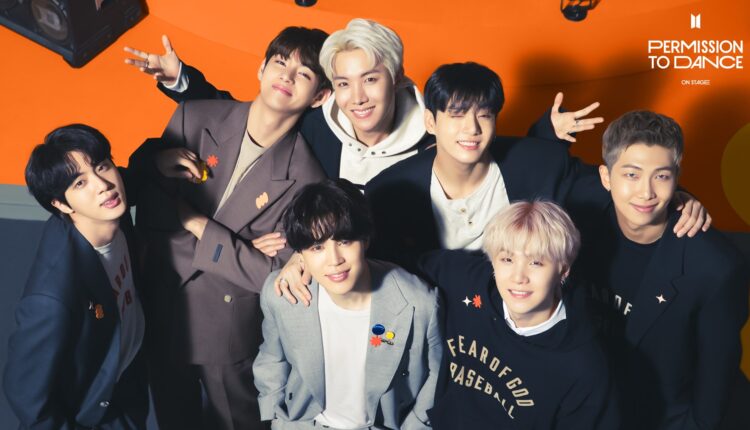 Seoul: K-pop supergroup BTS delivered a message of hope to its global fans on Sunday during an online concert live streamed from an empty stadium in Seoul to prevent the spread of Covid-19.

‘BTS Permission To Dance On Stage’ was the group’s first global online concert in about a year since the BTS MAP OF THE SOUL ON:E in October last year, reports Yonhap news agency. The seven-member band opened the show with ‘On’, the title track of its fourth full-length album, ‘Map of the Soul: 7’, presenting the group’s powerful dance moves.

The song’s lyrics that go, “The power of the things that make me, ‘me’ / Even if I fall, I come right up, scream,” sounded like words of comfort for those who have suffered from the pandemic.

The group then heated up the atmosphere by performing their hit numbers, such as ‘Fire’, ‘Dope’, ‘DNA’, ‘Blood, Sweat and Tears’ and ‘Fake Love’.

After the opening stage, Jimin said, “We’ve been looking forward to today a lot, and we’re grateful and honoured to be able to prepare (this concert) and meet you like this again. I will perform harder for you who are not here today.” Jungkook said, “Although we cannot see you today, it’s an honour that we can show us to you. We’ll do our best in today’s concert.”

RM added: “I think we are the most like ourselves when we sing and dance on stage. It feels hard, because it’s been a while.”

The group did not miss its global hit songs, such as ‘Dynamite’, which earned it the first No. 1 on the Billboard main singles chart for a K-pop act, and its other Hot 100 chart toppers, including ‘Life Goes On’ and ‘Butter’. There was no individual performance from the beginning through the end, with the group singing and dancing all together.

V, who experienced pain in his calf muscles during a rehearsal the previous day, took part in the show seated on a chair and without choreography. “There was a mistake while practicing and rehearsing for the concert,” he said. “I’m really okay, so you don’t have to worry so much … If I can, I want to run to the stage.”

Following the online event, BTS will have its first in-person concerts in Los Angeles in two years next month. ‘BTS Permission To Dance On Stage – LA’ will be held at SoFi Stadium on November 27 and 28, and December 1 and 2, with all tickets already sold out.