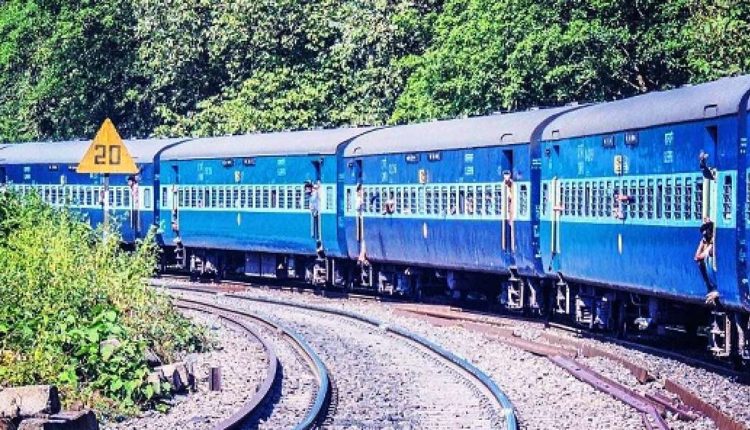 The Budget 2020-21 has sanctioned 241-km-long Sambalpur-Gopalpur new line via Phulbani. Rs 2957 crore has been allocated to the new project subject to the final approval of Niti Ayog.

BJD MP Prasanna Acharya said the allocation for Odisha is too small. “We had sought more allocation than the previous year. The allocation made in the budget is less than our expectation. Chief Minister Naveen Patnaik had also given many proposals for the railway infrastructure in the state. Those demands were not met this time,” Acharya said. 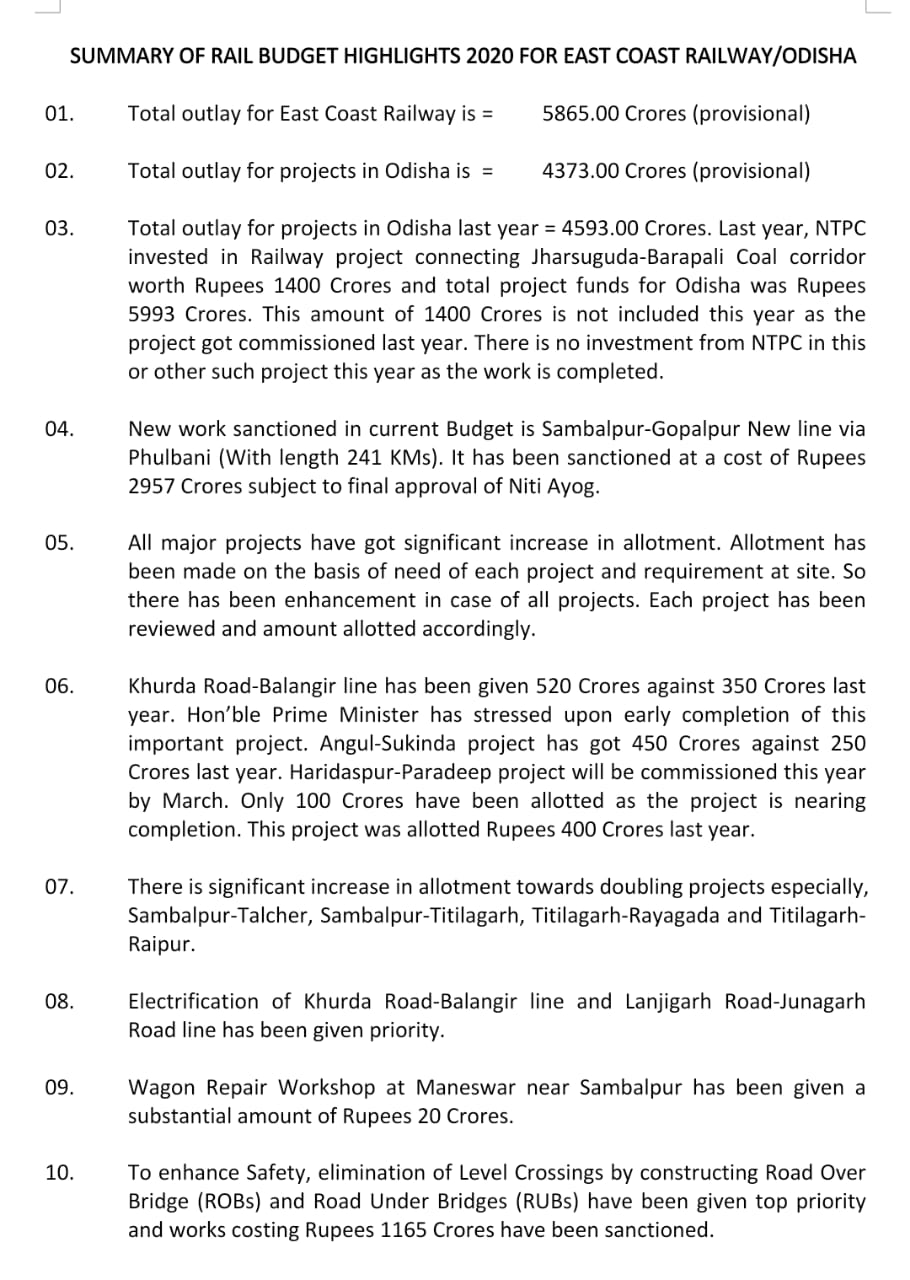 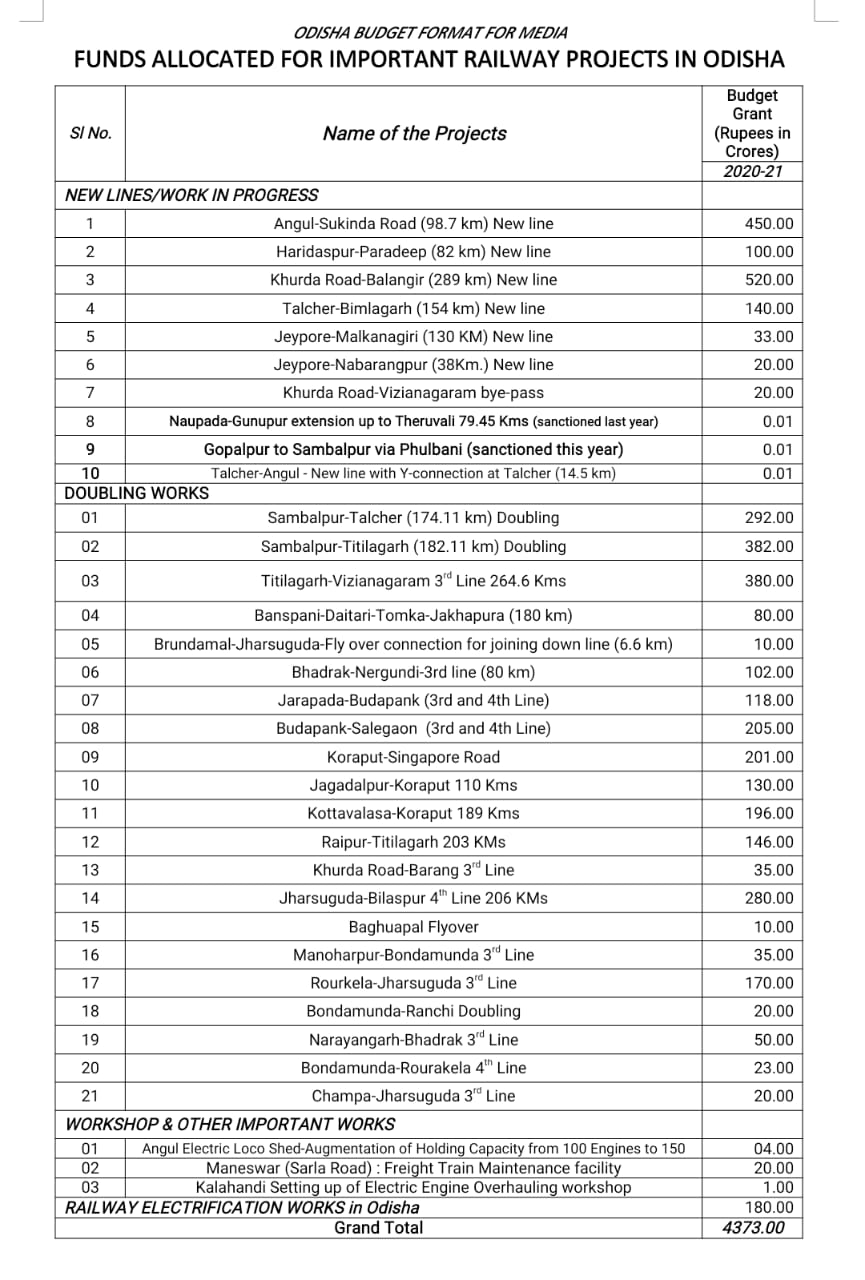