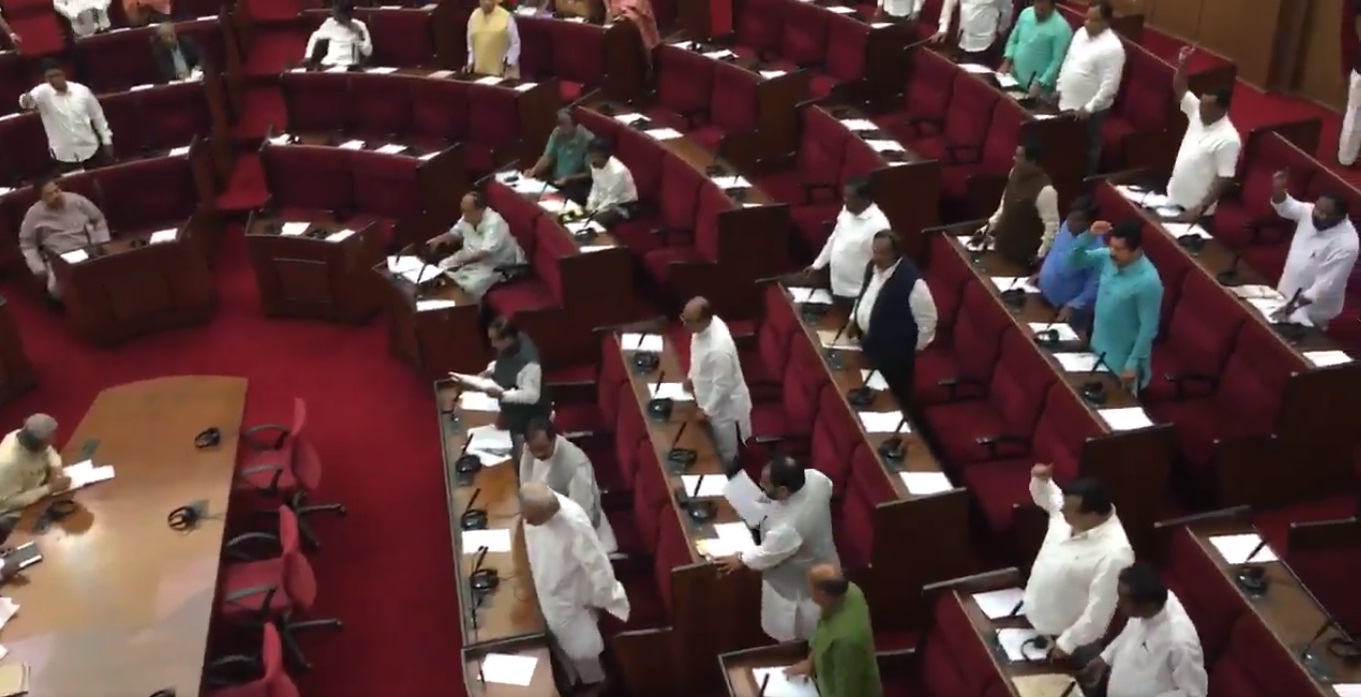 Bhubaneswar: Pandemonium continued to prevail in the Odisha Assembly on the third day of the budget session today after legislators of all the three parties- Congress, BJP and BJD- created uproar over various issues.

As soon as the House assembled for the Question Hour, both BJP and Congress members raised farmer issues and Mandi irregularities. The legislators rushed to the well of the house demanding cancellation of Question Hour for a discussion on the issues. On the other hand, BJD members stood up as a mark of protest reiterating the demand for Special Category status for Odisha.

Unable to run the House, the Speaker adjourned the Assembly for an hour till 11.30 and again till 3 PM after pandemonium continued in the House.

Earlier in the day, a condolence motion was moved by Chief Minister Naveen Patnaik over the death of MP Ladu Kishore Swain and freedom fighter and former MLA Priyanath Dey. Later, leaders cutting across party lines paid condolence to the two leaders.