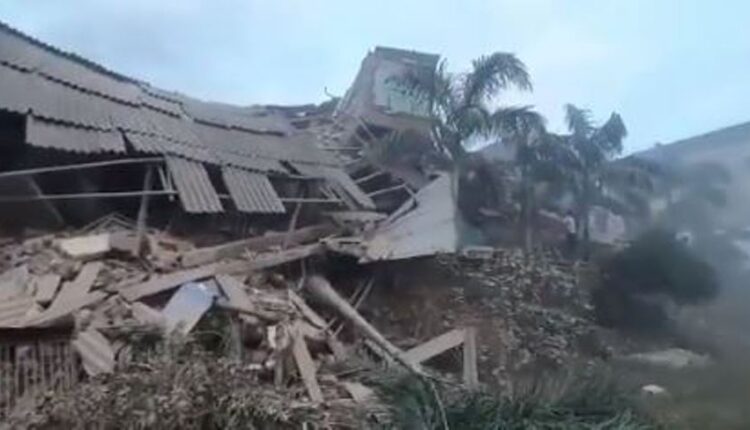 Raigad (Maharashtra): At least 15 persons were rescued while another 75 were still feared trapped in the rubble of a five-storeyed building that collapsed in Mahad town of this coastal district on Monday evening, police said.

The residential building, situated in Kajalpura area, had around 45 flats where nearly 100 people lived. It collapsed around 7 pm, said an official posted at Raigad Superintendent of Police’s office, some 170 km south of Mumbai.

Rescue teams with specialised equipment were rushed to spot to look for survivors buried under the debris.