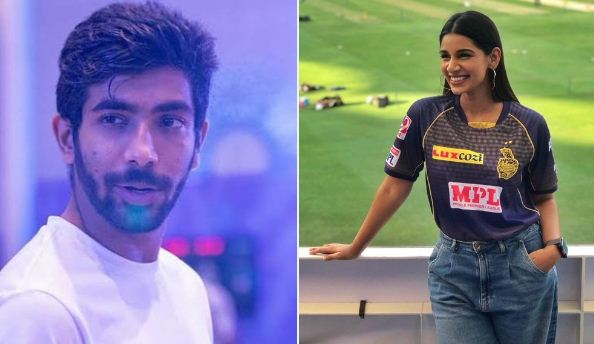 Social media was full of posts that the two were getting married either on March 14 or 15 in Goa, though neither Bumrah nor Sanjana confirmed the news.

Bumrah opted out of the fourth and final Test against England, apparently due to this reason. India won the Test to clinch the series 3-1 and enter the final of the World Test Championship.

Sources had said at the time that the right-arm fast bowler had pulled out citing ‘personal reasons’ and had sought permission from the Indian cricket board (BCCI), which gave the him permission to withdraw.

Bumrah is unlikely to play in the five-match T20 International series against England that starts on March 12, also in Ahmedabad.

The talk in Ahmedabad during the fourth Test was that he was likely to get married to a sports presenter.

Bumrah, with his mother and sister, were due to travel to Mumbai on way to Goa.

Only a select few family members are likely to attend the wedding due to the Covid-19 pandemic restrictions, sources said.

The India team members would not be present due to the ongoing series as well as restrictions.

Bumrah was born and brought up in Ahmedabad. He and his sister were raised by their mother after the death of their father. Bumrah’s mother was the vice-principal of Nirman Public School where the fast bowler studied and first took up cricket under the coaching of Kishore Trivedi.