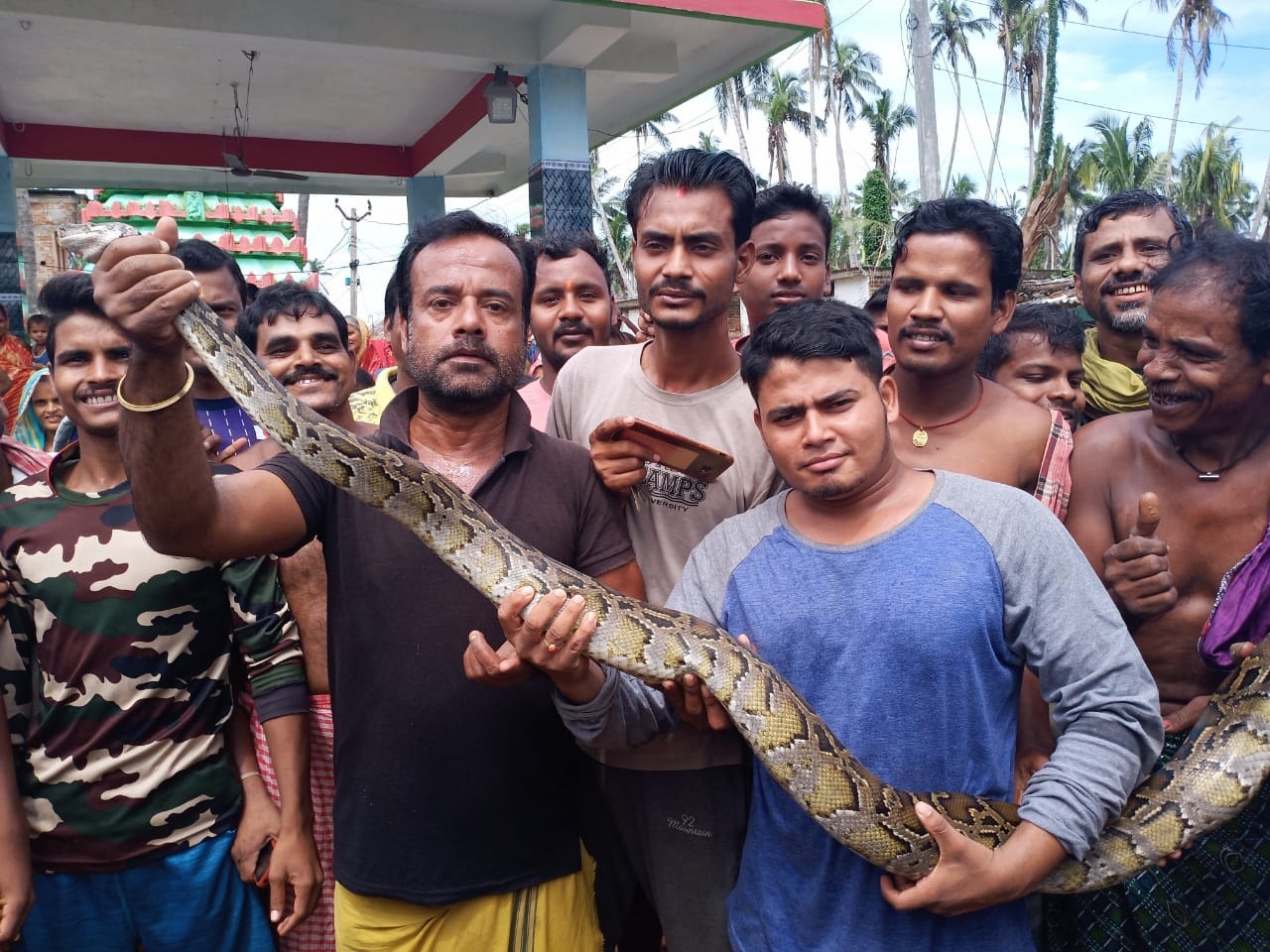 Puri: A 10-ft-long Burmese python trapped in a fishing net was rescued at Chandanpur area in Odisha’s Puri district today.

According to reports, the giant snake was trapped in a net laid by some locals in a nullah at Basudebpur village.

The panic gripped the village after the locals spotted the python inside the fishing net.

The locals informed the snake helpline following an operation was initiated to rescue the snake stuck in a fishing net in the watercourse.

Later, the python was handed over to the forest department.

The python is suspected to have floated in the floodwater from Bhargavi River and got stuck in the net, the locals said.

This was the third incident this year in Chandanpur area where two pythons were rescued earlier.

Following repeated incidents of python rescue, the snake helpline claimed that population of pythons has increased at some localities near Chandanpur.

Trucks, car swept away in swelling water bodies in Odisha, 2…