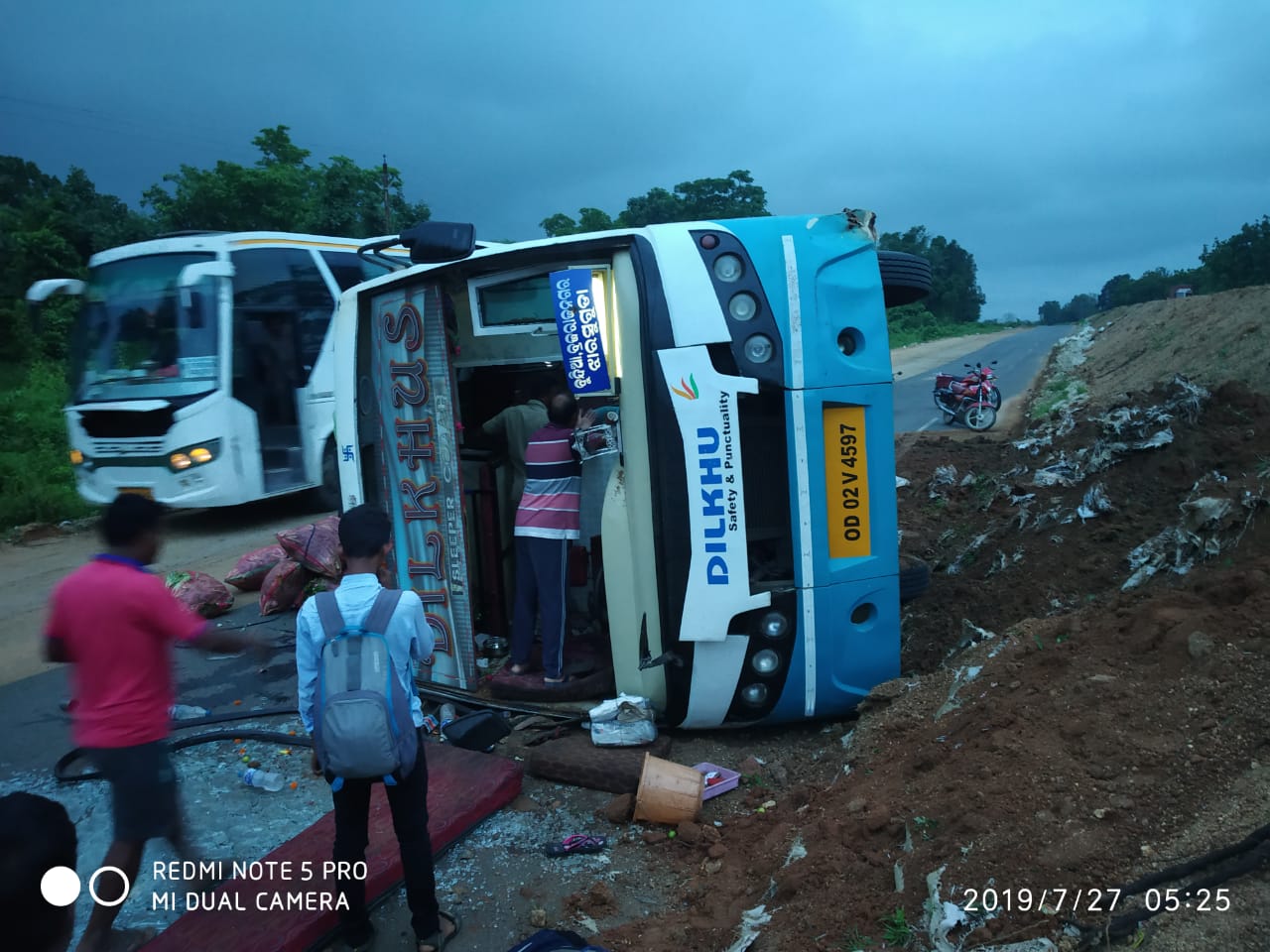 Sambalpur: A major mishap was averted after a bus en-route to Jharsuguda turned turtle at Bhabanipali under Jujumara police limits in Sambalpur district in wee hours today.

Sources said the bus carrying around 50 passengers was going to Brahrajnagar in Jharsuguda from Bhubaneswar. The incident took place when the bus driver lost control while overtaking another vehicle.

Though no casualty was reported, at least 14 persons were injured, including two critically, in the mishap. All the injured have been admitted to Sambalpur district headquarters hospital (DHH) for treatment.

On receiving information, a police team reached the spot and began an inquiry into the incident.