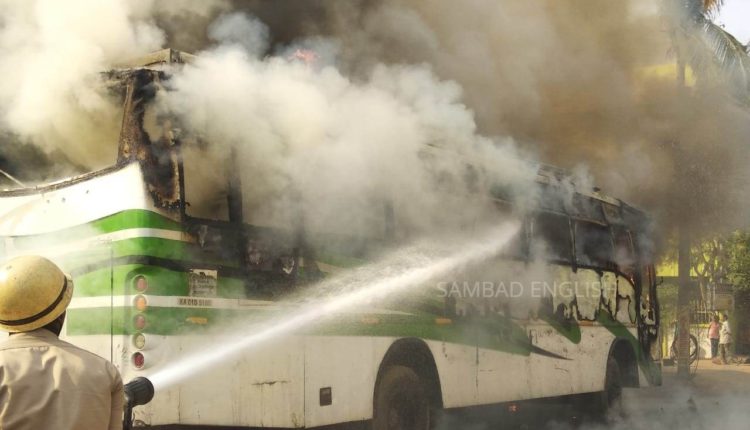 Bhubaneswar: A major fire broke out inside a stationary bus near IMFA park at Saheed Nagar in Odisha capital, today.

On being informed by locals, Fire personnel rushed to the spot and initiated efforts to douse the flames. The reason behind the outbreak of fire is yet to be ascertained. The vehicle was severely damaged in the blaze.

Locals said a person had abandoned the bus at the spot three years ago. The vehicle was parked at the place since then, they said.

Youth dead, another critical in motorcycle-truck collision in Odisha

Republic Day 2021: Know who will unfurl National Flag where…